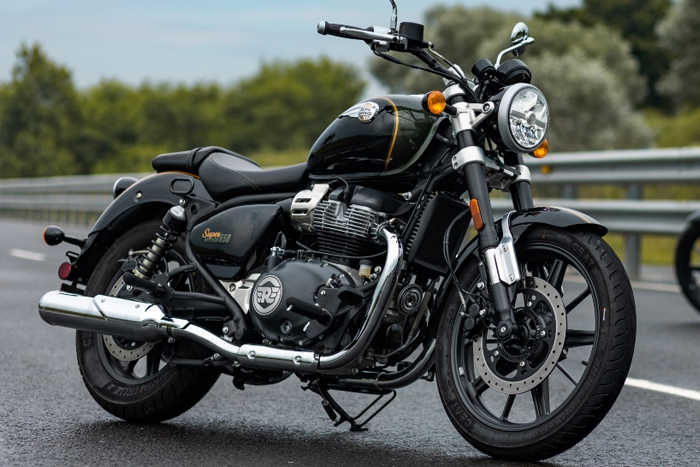 Royal Enfield Super Meteor 650 broke covers internationally at EICMA this year, but the mid-capacity cruising motorcycle will today shed veils in the Indian market as the company kickstarts Rider Mania 2022 today. It is expected that the Royal Enfield Super Meteor 650 will soon be launched in the country, with deliveries starting early next year. The Super Meteor 650 is targeted at buyers looking to buy a cruising motorcycle in the range of around Rs 4 lakhs. Well, the cruiser gets a low seat height of only 740 mm, but it has a heavy foot with a weight of 241 kilograms.

Interestingly, the Super Meteor 650 is the company’s first offering with USD forks on the front. Around the rear, it gets conventional shock absorbers. The braking setup comprises a 320 mm disc on the front and a 300 mm disc at the rear. The dual-channel ABS system takes care of keeping things in check when braking in wet conditions. The large 15.7-litre fuel tank is expected to keep the Super Meteor 650 on road for a long without a tank refill break.

Although the Royal Enfield Super Meteor 650 is based on the Interceptor 650, it is wider and longer than both Interceptor and Continental GT 650. Well, it also gets the Tripper navigation pod. Also, it will be available in two trims – Standard and Tourer. The company will be offering two accessory packages for the Super Meteor 650.