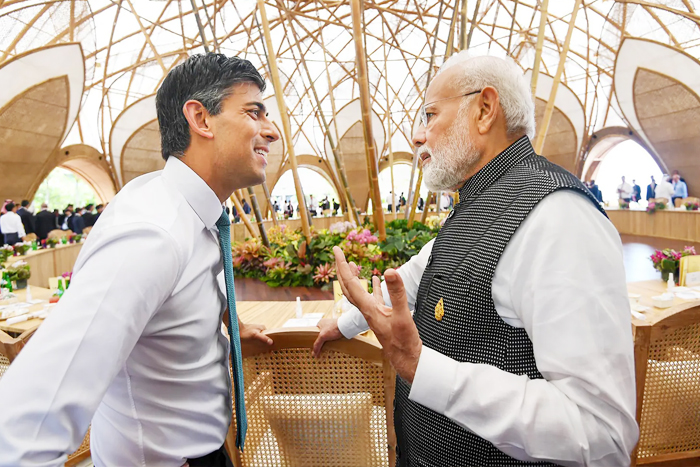 The UK government said India is the first visa-national country to benefit from such a scheme, highlighting the strength of the UK-India Migration and Mobility Partnership agreed last year.

“India is the first visa-national country to benefit from such a scheme, highlighting the strength of the UK-India Migration and Mobility Partnership agreed last year,” the UK Prime Minister’s Office said in a statement.

The confirmation came hours after a brief meeting between Prime Minister Narendra Modi and his UK counterpart on the sidelines of the G20 Summit in Bali. This was their first meeting since Sunak assumed office last month.

“Prime Ministers @narendramodi and @RishiSunak in conversation during the first day of the @g20org Summit in Bali,” PM Modi’s Office said in a tweet.

Sunak said in a statement that the “Indo-Pacific is increasingly crucial for our security and our prosperity. It is teeming with dynamic and fast-growing economies, and the next decade will be defined by what happens in this region.”

The Indian diaspora forms a large part of the UK’s immigrant population and nearly a quarter of all international students in the UK are from India.

The UK is currently negotiating a trade deal with India – if agreed it will be the first deal of its kind India has made with a European country. The trade deal would build on the UK-India trading relationship, already worth £24 billion, and allow the UK to seize the opportunities presented by India’s growing economy.