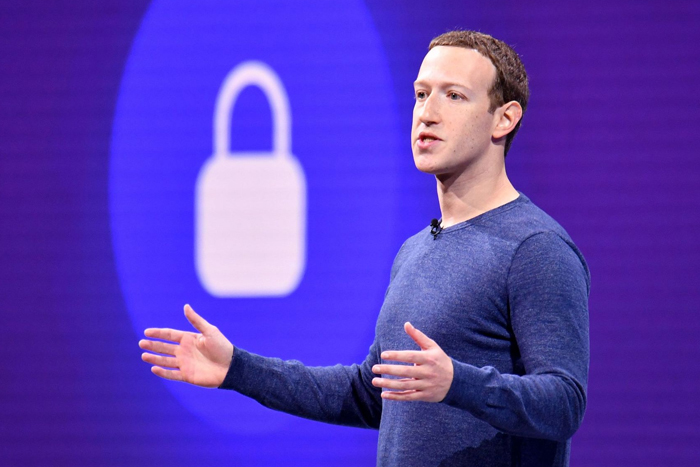 Unless there is a regulatory redesign, Facebook will continue its unethical practices at great cost to democracy

At one level, the controversy around Facebook in India — sparked by a Wall Street Journal (WSJ) report about how a top Facebook executive allegedly turned a blind eye to the hate speech of a Bharatiya Janata Party (BJP) legislator to keep the government happy — is about a private firm, its functioning, and whether decision-making is based on due process, personal prejudices or political imperatives.

But at another level, the controversy is much deeper. It is about the role of technology in general but select social media companies in particular, the transmission of information flows in India, the future of the media, and the nature of Indian democracy. This newspaper has consistently argued that unless firms such as Facebook are treated as media companies, held accountable, and forced to meet the same ethical, commercial, legal and regulatory obligations as media companies, the democratic project runs the risk of being severely, perhaps even irreversibly compromised. The current controversy makes this task even more urgent.

But, unfortunately, the debate in India on the issue is focusing on the wrong question. Here is what has happened so far.

The WSJ report — and subsequent follow- up stories which suggested that both senior executives of Facebook and WhatsApp (which is owned by Facebook) have had close ties with the BJP — has led to a debate on the political orientation of the company in India. The Congress has written two letters to Mark Zuckerberg on how top officials of the company are partisan, demanding a high-level probe into Facebook India’s leadership team and that a new team be constituted till the investigation is complete. The Trinamool Congress has written to the company, alleging bias during the 2014 and 2019 elections and accusing it of a partisan attitude against the party in the run-up to the West Bengal elections next year.

The government, on its part, in a letter sent by law and information technology minister Ravi Shankar Prasad, has accused Facebook of a diametrically opposite charge — of being dominated by those who broadly belong to one political persuasion (read liberals and Left), censoring of right-of-centre views, and of selecting biased third-party fact checkers. It must take something for an entity to be in a position where it is criticised by all sides in India’s deeply-polarised and divided polity. But while the question of the political motivations of Facebook’s staff is important, and must be investigated, the problem is much deeper.

To be sure, Facebook — besides enabling a sense of community of friends and family for those who use it for personal purposes — has played a key role in democratising everyday discourse; it has created an opportunity for many who may not have been able to get their voices heard to articulate positions on key issues; and it is symbolic of the broader citizen engagement with social media.

But here is the problem. Facebook does all of this by pretending to be a mere intermediary and platform. This is an outright lie. The company exercises discretion in what content it allows and what content it blocks (often inefficiently, with obvious blinders). Its content strategy is based on virality where posts which may be untrue or spread hate, are allowed because of the audience engagement they will draw. This then aids its commercial model, which is based on accessing the most private information about users, and providing a receptive, customised audience to advertisers — including political advertisers — often without full disclosure. Facebook — based on the fact that it has both a captive user base, often in dark about how their information is being channelled and used, and potential advertisers looking to tap this user base — aggregates content, which other established media platforms produce at great cost, and monopolises revenues.

So here is the broad approach that governs Facebook’s functioning. Use content produced by someone else under the garb of being an intermediary while making money off it. Allow hate speech and fake news under the garb of free speech while selectively making editorial interventions based on political and commercial motivations. Monetise private information of users, without them even knowing it fully, to draw advertisers. Keep the State happy by catering to the political interests of those who are in key positions, in return for possible regulatory clearances for other businesses. Destroy the economics of traditional media while using its content. And do all this by playing on legal ambiguity in different jurisdictions, as documented in an excellent story on the legal architecture, or rather legal anarchy, in this realm, by Binayak Dasgupta in this paper on Friday.

It is this ruthless, predatory approach that is the core problem with Facebook. To deal with these various breaches of law, if not in letter then in spirit, what is needed is a strong decision which redefines the broad structure within which companies such as Facebook operate. The first step in this is to treat Facebook (and others such as Google) as media companies, not platforms and not intermediaries. This, in one stroke, will bring them on the same page as other media companies, and they will have to be accountable for the content. So just as a mainstream paper editor and reporter has to answer questions in court if there is an instance of hate speech in that particular newspaper, Facebook will have to answer questions for the disturbing content it often hosts.

Or just as media companies have to engage in fair and mutually acceptable commercial arrangements when they use content from elsewhere, Facebook will have to do so too. An ongoing debate in Australia is centered on precisely this question — where the government has said Facebook must share revenues based on content with media organisations concerned and Facebook is now threatening to block news content rather than share fair revenue.

Or just as a media company has to maintain a State-Church divide between its editorial and business ends, and disclose when there is commercially-sponsored content — even if in practice, this is breached at times by some institutions — Facebook will have to do so. This will help users discern propaganda, in a far clearer manner than what exists at the moment.

It is only when there is a regulatory redesign that the question of political bias can be addressed. The fact that Facebook has been allowed to operate in what is almost a vacuum means the company’s core priority is keeping the political dispensation happy so that it can sustain its user base, ad revenues, and predatory approach to content. What can change this is creating an accountability structure to change the rules of the game.

And if this is not done, be prepared for a further degeneration of public discourse, possible violence and lynchings based on hate speech and fake news, the dismantling of the traditional media ecosystem which informs citizens with rigor and independence, and the creation of a corporate behemoth which may become so powerful that it will be difficult to regulate at all. India’s politicians are right to attack Facebook, but they need to now do it for the right reasons.