You are here
Home > DAILY BAWAL > I have no problem with what Sidhu says, even if he speaks to media before me: Punjab CM Channi 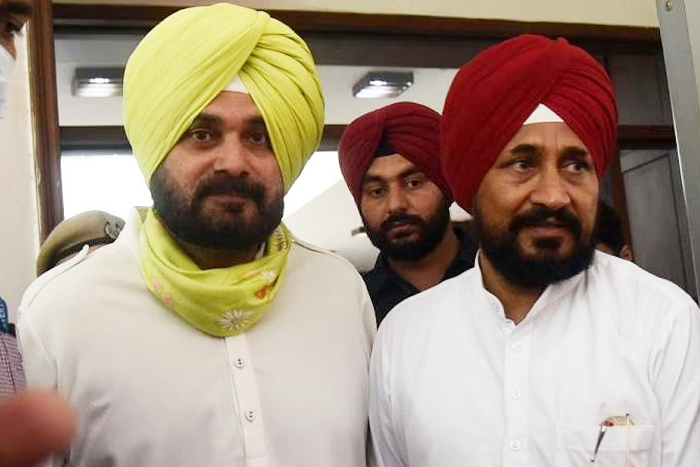 I have no problem with what Sidhu says, even if he speaks to media before me: Punjab CM Channi

In an exclusive interview with India Today, Punjab CM Charanjit Singh Channi said that he has no problem with what Navjot Singh Sidhu says and does not even mind if his party’s state chief speaks to the media before him regarding governance in Punjab.

In an exclusive interview with India Today, Punjab Chief Minister Charanjit Singh Channi said that he has no problem with what Navjot Singh Sidhu says and does not mind listening to his party’s state chief.

“Navjot Singh Sidhu is the president of Punjab Congress. Whatever he says, there is no harm in it. I don’t mind listening to him. Even if he speaks to the media before talking to me, there is no problem. For me, communication through the media also works,” Charanjit Singh Channi said on Wednesday.

Punjab Congress chief Navjot Singh Sidhu and CM Charanjit Channi have had differences since the latter took charge of the state. Navjot Sidhu even quit his post at the end of September, only to withdraw his resignation earlier this month.

While Navjot Singh Sidhu has objected to certain official appointments made by the Channi-led government, the chief minister has reportedly been unhappy about his “interference” in the government in the past.

In the recent past, Sidhu has taken several digs at his own party’s government in Punjab via social media and mass media.

The most recent instance of this is when he tweeted earlier this week that Punjab is the most indebted state in India, with debt accounting for 50 per cent of the state’s GDP.

Today Punjab is the most indebted state in India. Debt accounts for 50% of State GDP. Half of our expenditure is funded by expensive debt. Lets not derail from real issues to which every Punjabi & party worker demands solution, because there’s #PunjabBeyond2022#HaqiqatPunjabDi

When asked about the financial situation in Punjab, CM Channi told India Today, “I have been a student of economics, I understand the economy. I gave the people cheap electricity and put an end to expensive contracts.”

ON THE UPCOMING ELECTION

Charanjit Singh Channi added, “I am just trying to work for the common people. I have seen poverty very closely; I know the people’s problems. That’s why I try to work by living among the people. I am not working as the chief minister, but as a common man.”

The chief minister said that he has only a little time (before the Assembly election in 2022) but will try to do “maximum work”.

“I will work day and night for the benefit of the people and speak in their interests. Punjab is paramount for me,” he said.