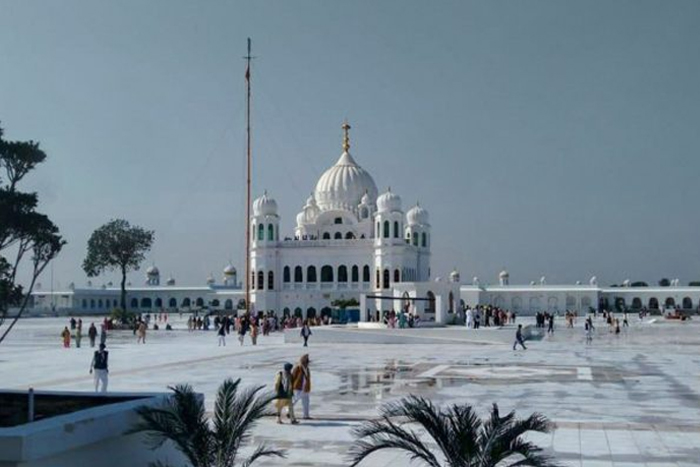 The visa-free 4.7km Kartarpur Corridor was shut last year due to the Covid-19 pandemic. Home minister Amit Shah said reopening it will benefit a large numbers of Sikh pilgrims.

The Centre has decided to reopen from Wednesday, Kartarpur Corridor, which connects Dera Baba Nanak Sahib Gurudwara on the Indian side of the border with Gurdwara Darbar Sahib in Pakistan, Union home minister Amit Shah announced on Tuesday.

The visa-free 4.7km corridor was shut last year due to the Covid-19 pandemic.

In a series of tweets, Amit Shah said reopening the Kartarpur Corridor will benefit a large numbers of Sikh pilgrims.

“This decision reflects the immense reverence of the Modi government towards Shri Guru Nanak Dev ji and our Sikh community. The nation is all set to celebrate the Prakash Utsav of Shri Guru Nanak Dev ji on November 19, and I am sure PM Narendra Modi government’s decision to reopen the Kartarpur Sahib Corridor will further boost the joy and happiness across the country,” the home minister tweeted on Tuesday.

Punjab chief minister Charanjit Singh Channi welcomed the Centre’s decision of reopening the Kartarpur corridor and said the state cabinet will be part of the “Jatha”, which will visit the historic shrine in Pakistan on November 18.

“The entire cabinet will be part of the first ‘Jatha’ (group) which will visit and pay obeisance on November 18,” Channi told reporters.

”I warmly welcome the decision to reopen the Sri Kartarpur Sahib Corridor on the auspicious occasion of 552nd Parkash Purb of Sri Guru Nanak Dev Ji. This laudatory step has fulfilled aspirations of millions of devotees who’ve been deprived of ‘darshan didare’ due to the Covid pandemic,” Channi said later in a tweet.

Former Punjab chief minister Captain Amarinder Singh thanked Modi and Shah for their decision to reopen the corridor. “It will provide a chance to thousands of devotees to pay obeisance at the holy shrine on the occasion of Guru Purab of Guru Nanak Dev ji,” Singh tweeted.

A delegation from the BJP’s Punjab unit also met with Prime Minister Narendra Modi last week, seeking his intervention over the reopening of the corridor, which has been closed since March 16, 2020 when the Indian government suspended all travel to and from Pakistan due to the Covid-19 pandemic.

Channi, too, had written to Modi and Shah, requesting that the Kartarpur Corridor be reopened.

The proposal for the special corridor was first pitched back in 1999 by former prime minister Atal Bihari Vajpayee and his then Pakistani counterpart Nawaz Sharif.

Sikh pilgrims from India earlier used to take a bus to Lahore to eventually get to Kartarpur, which made the journey almost 125km long.

The Kartarpur Corridor was inaugurated on November 9, 2019 to mark the 550th “Parkash Guruparab (birth anniversary)” of Guru Nanak.

The corridor has been touted by the BJP as one of the many accomplishments of the Modi government, and recently featured in the party’s national executive committee meeting held earlier this month.

As reported by HT in March 2020, over 59,000 pilgrims visited the Gurdwara Darbar Sahib in Kartarpur, Pakistan, since the opening of the Kartarpur Corridor in November 2019 until March 8 last year, according to data compiled at the integrated check post set up at Dera Baba Nanak in Gurdaspur.

The government said last Thursday that it expects Pakistan to allow a visit this month by a group of 1,500 pilgrims on the occasion of Guruparab, the birth anniversary of Guru Nanak.

“In view of the significance of Guruparab and sentiments associated with it, it has been decided that a ‘jatha’ of around 1,500 pilgrims will visit Pakistan from November 17-26 via the Attari-Wagah integrated check post,” external affairs ministry spokesperson Arindam Bagchi said on Thursday.

In June, Pakistan denied permission for visits — on the occasion of the martyrdom day of Guru Arjan Dev and on the death anniversary of Maharaja Ranjit Singh — even though both occasions were covered under the 1974 bilateral protocol on visits to religious shrines.