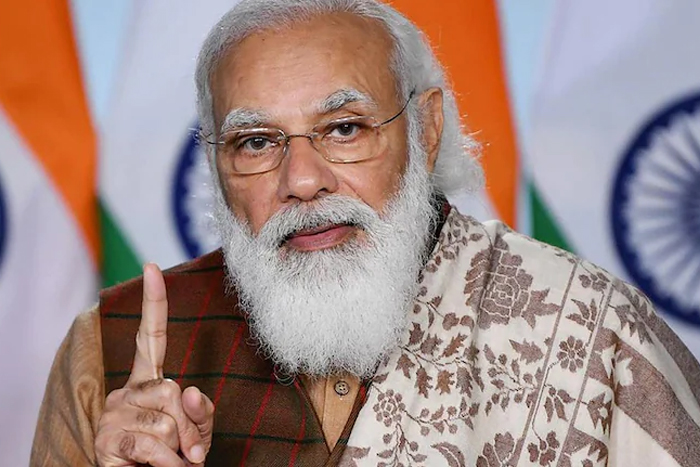 Prime Minister Narendra Modi on Friday announced that the union government has decided to repeal the three farm laws that were passed in Parliament in 2020, following protests by a section of the country’s farmers.

The decision comes months before five states, including Punjab and Uttar Pradesh where there is opposition to the farm laws, will hold assembly elections.

A section of farmers in Punjab and Haryana and in some parts of Uttar Pradesh have been protesting for the last one year demanding the repeal of the three farm laws despite the Centre’s continued efforts to break the logjam.

The government held multiple rounds of talks with representatives of the protesting farmers and tried to underline the benefits that they offered to small famers, but the protesters remained adamant on seeking the repeal of all three laws: the Farmers’ Produce Trade and Commerce (Promotion and Facilitation) Bill 2020, the Farmers (Empowerment and Protection) Agreement of Price Assurance and Farm Services Bill 2020, and the Essential Commodities (Amendment) Act 2020, that were passed amid a din in Parliament during the monsoon session last year.

In his address to the nation, the PM Modi said it was unfortunate that despite the government’s intentions to strengthen and empower farmers particularly those who have small land holdings, many of them were not convinced about the benefits of the laws, and therefore, the government has decided to set in motion the process of repealing all three laws.

The prime minister said the bills were meant to benefit the farmers, but they couldn’t be convinced “despite our best efforts”.

Modi underlined how his government had prioritised welfare of farmers and drafted policies and interventions such as introducing soil health cards, crop insurance and credit cards to empower famers.

“The agriculture budget has been increased five times and a ₹1 lakh crore agriculture infrastructure fund has been set up… to empower smaller farmers… 10,000 FPOs have been started and ₹7,000 crore spent on it,” he said.

Referring to the contentious laws, he said they were brought in with the intention of giving the country’s farmers more strength and better prices for their crops, apart from more options to sell their produce.

“For years, there was a demand from farmers and agri-scientists and experts. Many governments had also discussed this… this time also there was a debate in Parliament and these laws were brought in,” the PM said.

He stressed that while many farmers, farm organisations and unions welcomed the laws and supported it, the government, despite its best intentions, could not convince a section of the farmers who were unable to understand the benefits of the laws.

“Though it’s a small section of farmers who are protesting, but even then, it is important for us. Agri-experts and scientists and progressive farmers have tried, made efforts to make them understand with an open mind… we tried to keep explaining through various means, personal as well as collective” the PM said.

Modi also said that the government has taken another important decision related to the agriculture sector, which is to promote zero budget farming.

He said scientifically changing the crop pattern will be undertaken keeping in mind the requirements of the country. He also said minimum support price (MSP) will be made more effective and transparent, and a committee will be constituted to take decisions on all matters related to the issue. The committee will have representation from the central government, the state governments, farmers, agricultural scientists and agricultural economists.