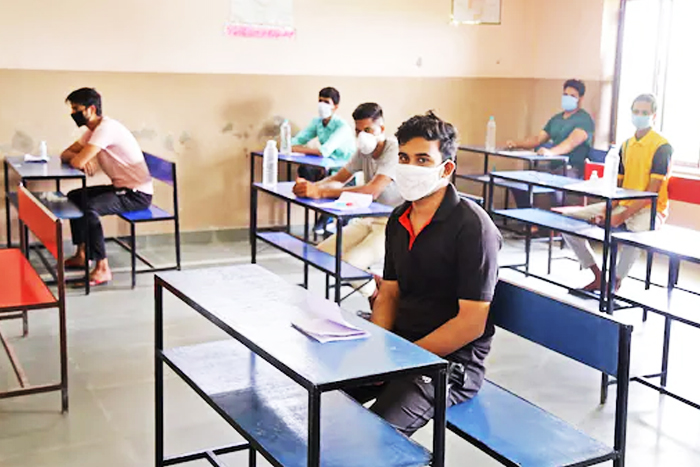 The Standard Operating Procedures issued last year regarding physical distancing and other protocols will remain in force as the schools reopen, the order states.

With Covid cases declining, the Haryana government has given a go-ahead to resume offline classes in both government and private schools in the state.

The order says that a decision on resuming offline classes for students of Classes 1-5 will be taken later.

The order also says that no student will be pressured to attend offline classes at school.

Haryana Education Minister Kanwar Pal told the media that the number of Covid cases in the state has dropped and the decision to reopen schools has been taken keeping the situation in mind. He said a decision on resuming offline classes for younger students will also be taken if the situation remains under control.

The minister added that social distancing norms would be followed in schools and preparations to resume classes have been completed.

The Standard Operating Procedures (SOPs) issued last year regarding physical distancing and other protocols will remain in force as the schools reopen, the order states. It adds that a video has been made available to students, parents and teachers on how the offline classes would be conducted.

Schools in Haryana had opened after the first wave of the Covid pandemic but had to be shut again earlier this year when the second wave pushed up daily case counts and deaths.

Chief Minister Manohar Lal Khattar yesterday said that the Covid curve has flattened for now. “Therefore, while ensuring strict adherence of COVID-19, the educational institutions should be reopened at the earliest,” he said in a release.

As per the Union Health Ministry data, Haryana today reported 55 new Covid cases and 10 deaths. The number of active cases in the state stands at 1,034.