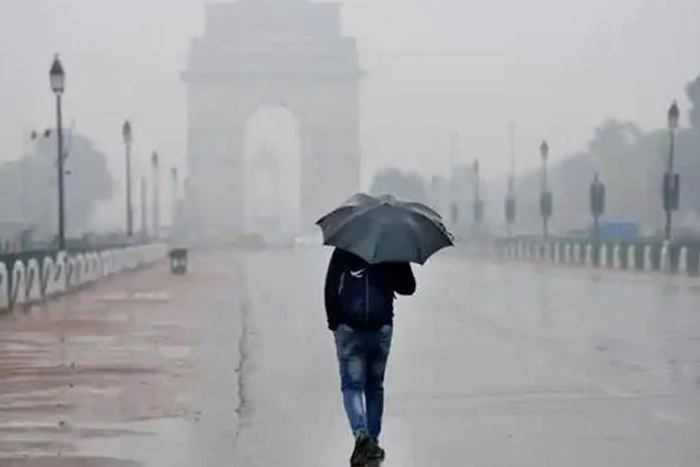 NEW DELHI: Reeling under scorching heat and high humidity, Delhi-NCR residents may finally get some rain relief. The Met department says the long-delayed monsoon is likely to hit the region on Sunday, bringing some showers in its wake that would lower temperatures over the next few days.

However, Delhiites will be wary. So far, the monsoon has repeatedly failed to keep its — rather, the India Meteorological Department’s — dates with the capital. The IMD had initially forecast the monsoon’s arrival around mid-June, which would have made it one of the earliest onsets over Delhi.

The next likely onset window, July first week, too went by with no signs of the rain-bearing system. If the monsoon finally hits the city on Sunday, it would be the most delayed advent in 19 years.

Only light rain likely for next 4 days

Delhi had last seen a more delayed monsoon onset in 2002, when it reached the city on July 19.

On Saturday, the Met department said Delhi is expected to see the onset of the southwest monsoon by Sunday, forecasting its progress over Delhi, west Uttar Pradesh, Punjab, Haryana and Rajasthan in the next 24 hours. While the IMD had initially forecast light rains over Delhi on Saturday and moderate showers from Sunday onwards, it said the intensity of the expected rain had reduced, with only light rainfall likely from Sunday until Wednesday.

“Lower level easterly winds from the Bay of Bengal have further extended northwestward, reaching up to Delhi, Haryana and east Rajasthan, as on today,” the IMD said on Saturday in its daily monsoon bulletin, adding that conditions were favourable for “further advancement of the southwest monsoon over Delhi, remaining parts of West Uttar Pradesh, some more parts of Punjab, Haryana and Rajasthan during the next 24 hours”.


“Conditions are also becoming favourable for further advancement of the southwest monsoon over the remaining parts of the country, during the subsequent 48 hours,” it added.

R K Jenamani, scientist at IMD, said some parts of the city may receive isolated spells of very light rain on Saturday night, however, there were greater chances of rain on Sunday, with rain activity expected in the afternoon and evening. “It is expected to progress into Delhi in the next 24 hours and the onset will be declared based on when Delhi gets covered completely,” said Jenamani.

Since July 1, the IMD had been forecasting that monsoon was likely to hit Delhi by July 10. It’s initial forecast of an early onset (mid-June) was thwarted by the monsoon weakening literally at the doorstep of Delhi-NCR. The normal date for onset of the monsoon in Delhi is June 27. Last year, it hit the city two days early, on June 25.

The capital recorded a maximum temperature of 39.8 degrees Celsius on Saturday at Safdarjung, Delhi’s base station. This was four degrees above normal. Humidity levels too remained high, oscillating between 46% and 77%. Najafgarh was the warmest location in Delhi, with the maximum at 40.7 degrees Celsius, IMD data showed.

With monsoon playing hooky and scalding westerly winds blowing for several days, the city has had six 40-degree-plus days in July already. Last year, July saw just one such day while 2019 and 2018 had two each.
However, with the monsoon predicted to finally arrive, the Met office said Sunday’s maximum is likely to drop to 35 degrees C, which could further dip to 32 degrees C by Tuesday.

IMD has no clue on weather prediction. They still have to learn meteorology. Their predictions are so wrong that what they say we must believe the opposite. If they say rain, it means sunny and vice versa.