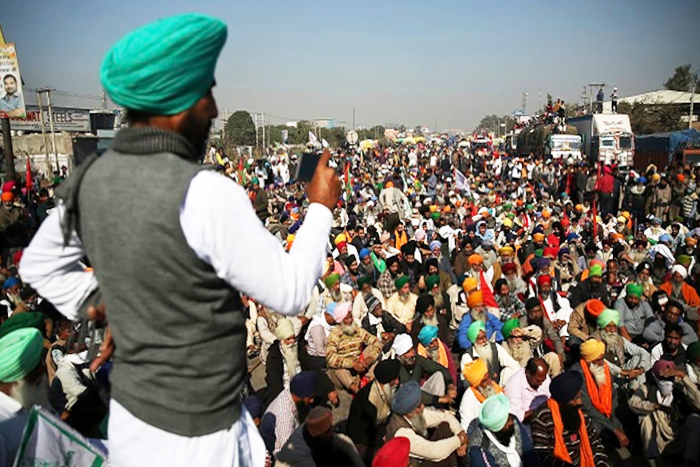 Govt to hold talks with farmers today as protests intensify

The next round of talks was originally scheduled for December 3. The decision to advance the talks came after home minister Amit Shah and agriculture Narendra Singh Tomar met twice in a span of 24 hours on Monday to discuss their course of action.

The Union government has invited farmers’ representatives for the next round of discussions on Tuesday (December 1), as farmers protesting a set of laws enacted recently to liberalise the farm sector intensified their agitation.

The next round of talks was originally scheduled for December 3. The decision to advance the talks came after home minister Amit Shah and agriculture minister Narendra Singh Tomar met twice in a span of 24 hours on Monday to discuss course of action.

Thousands of farmers, who are marching from various states toward the national capital to protest against new farm legislation they say will hurt their interests, appeared to harden their stand. They threatened to block all entry points to New Delhi, demanding a repeal of three farm laws.

“On November 13, during our last meeting, we decided to conduct next round of talks on December 3. However, farmers have continued their protests and with the Covid situation and the cold wave, we decided that we needed to talk before December 3,” agriculture minister Narendra Singh Tomar told reporters after sending the invitation late on Monday evening.

The discussions will be held at the capital’s Vigyan Bhawan at 3 pm. The agriculture ministry has prepared a fresh set of presentations and videos on the farm reforms, an official said. The government is expected to have a few economists from the Niti Aayog to join the discussions.

“We have not closed our doors for discussions. The talks should be without any condition, sincere and inclusive. We are not interested in going left or right, we are saying ‘repeal these laws’. At least, the government should make clear that it will rethink the laws,” said Yogendra Yadav of Swaraj India, one of the leaders spearheading the farmers’ agitation.

On Sunday, farm leaders had rejected an offer from home minister Amit Shah to advance the date of talks scheduled for December 3, saying they would not accept the government’s condition that farmers first move to their allotted protest site in Burari on the capital’s outskirts.

Monday was the fifth day of farmers protesting a set of laws, approved by Parliament in September, to allow businesses to freely trade farm produce outside the so-called government-controlled mandi system, permit private traders to stockpile large quantities of essential commodities for future sales and lay down new rules for contract farming. Farm leaders say the new changes will leave them at the mercy of private buyers and vulnerable to exploitation.

On Monday, Prime Minister Narendra Modi, speaking in Varanasi, slammed Opposition parties for misleading farmers and defended his farm laws as “historic”. He said the opposition has created unfounded fears in the minds of the farmers.