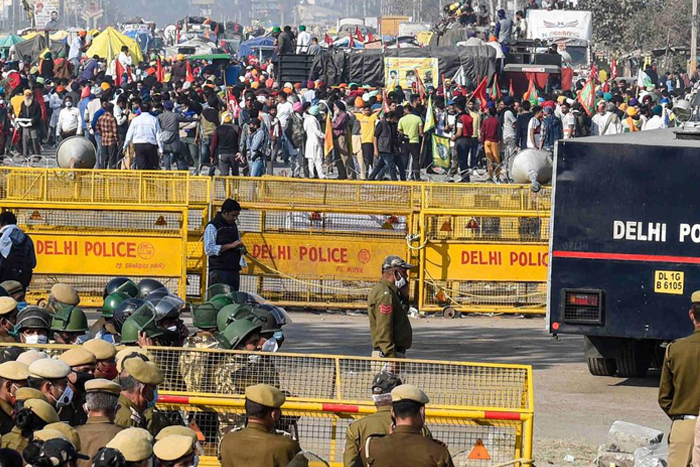 Police said they are closely monitoring the situation at Delhi-Gurugram, Delhi-Noida and Delhi-Faridabadborder areas also and that the security is being maintained as required

Delhi Police on Monday morning placed concrete barriers at Ghazipur, Delhi-Ghaziabad border after farmer leaders said they will block more highways connecting Delhi apart from Singhu and Tikri borders where they’ve been camping since Friday. On Sunday evening, a brief ruckus was also reported from Ghazipur border where farmers tried to push the police barricades but were placated by their leaders.

A senior police officer, who wished not to be named, said cement jersey barriers have been placed at Ghazipur border to stop farmers from barging in with vehicles. “Since farmers have called for blocking Delhi-Ghaziabad, Delhi-Gurugram and Delhi-Faridabad borders also, adequate measures are being taken,” the officer said.

Police said they are closely monitoring the situation at Delhi-Gurugram, Delhi-Noida and Delhi-Faridabadborder areas also and that the security is being maintained as required.

On Sunday, farmer leaders camping at Singhu Border since Friday held a press briefing and announced that they will block three more borders in order to be heard.These farmers had marched up to Delhi on Friday but were not allowed to enter the city, leading to violent clashes between them and the Delhi Police. The same day, police allotted them the Sant Nirankari ground in Burari to continue their agitation but they turned the offer down, asking for Ramlila Maidan, which is closer to the Lutyens Delhi.