You are here
Home > Sports Bawaal > Glad our decisions not subject to DRS, Narendra Modi jokes with AUS PM Turnbull 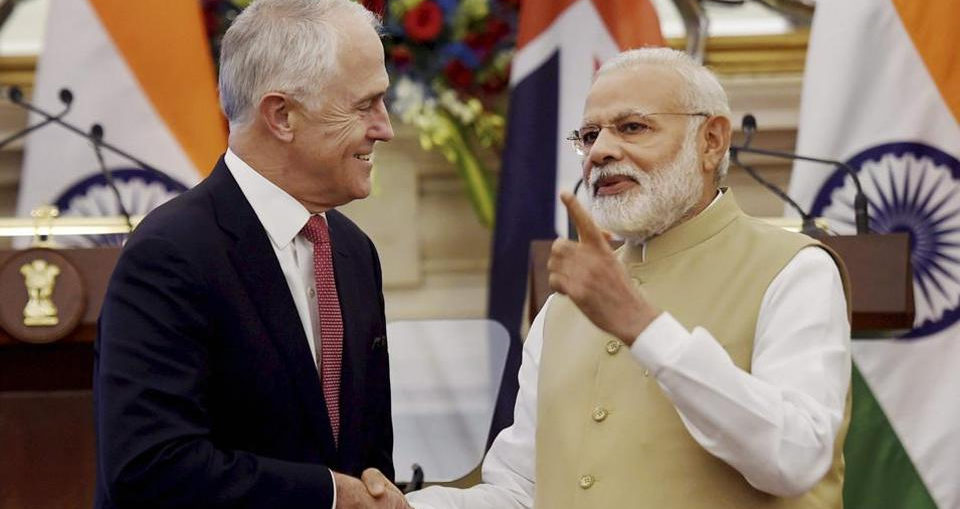 The recent happenings on the cricket field have found their way into political discourse through humorous excerpts by Indian premier Narendra Modi.

The Prime Minister referenced the events at the recently concluded Border-Gavaskar Trophy in a speech made after six agreements were signed between India and Australia on Monday.

The speech was partly addressed to Australian Prime Minister Malcolm Turnbull, who is on his first official visit to India since being elected as the Australian head of state in 2015.

Turnbull’s trip comes just weeks after the conclusion of the four-match Test series between the two nations and PM Modi made light of the serious nature of the visit by joking about the DRS conundrums that plagued both India and Australia during the series.

After the signing of the six agreements, including an agreement between the two countries to cooperatively counter terrorism, Modi said: “In a lighter vein I am, of course, glad that our decisions are not subject to the DRS Review system.”

Australia cricket team captain Steve Smith had infamously been admonished by the Indian media for his part in the ‘brain fade’ controversy during the second Test in Bangalore, when he looked to his teammates in an effort to get inputs on whether he should appeal for a review or not. Aside from that, both teams struggled to accurately use the technology throughout the series.