You are here
Home > DAILY BAWAL > Duty Of CBI To Probe All, Not Just Anil Deshmukh: Bombay High Court 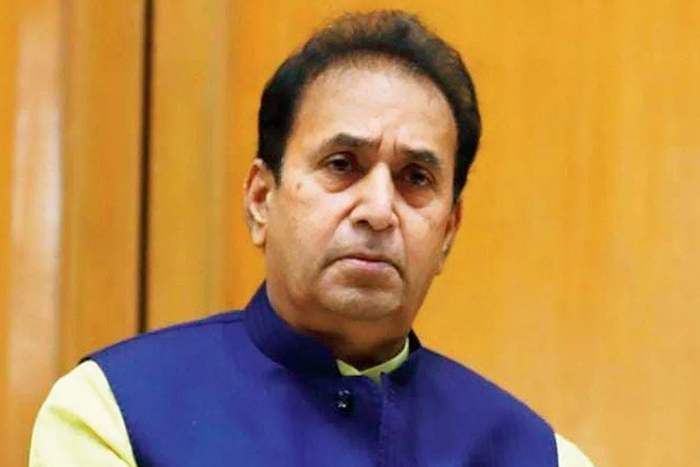 Duty Of CBI To Probe All, Not Just Anil Deshmukh: Bombay High Court

The bench was hearing a petition filed by the NCP leader challenging the FIR registered by the CBI on April 24 on charges of corruption and misuse of official position.

The Bombay High Court on Monday said it is the CBI’s duty to investigate not just former home minister of Maharashtra Anil Deshmukh, but everyone allegedly involved in corruption in the matter related to him, and sought to know progress of the ongoing probe against the NCP leader.

A division bench of Justices SS Shinde and NJ Jamadar asked the CBI how far its investigation into an FIR registered against Mr Deshmukh in April has progressed.

“What is the progress of the investigation? We would like to see a progress report in a sealed envelope. We will read and give it back,” the court said.

The bench was hearing a petition filed by the NCP leader challenging the FIR registered by the CBI on April 24 on charges of corruption and misuse of official position. The FIR was lodged after the agency carried out a preliminary enquiry pursuant to directions from the high court.

Mr Deshmukh had resigned from the state cabinet after the High Court ordered a CBI probe against him.

The CBI enquiry was to be based upon a complaint lodged with the Mumbai police by a lawyer seeking probe against Mr Deshmukh in the aftermath of allegations of corruption levelled against him by former Mumbai police commissioner Param Bir Singh.

On Monday, when senior counsel Amit Desai, appearing for Mr Deshmukh, was arguing, the bench questioned whether at this stage, when the probe was still on, the court should hear a plea for quashing the case.

“Pursuant to HC directives, a preliminary enquiry was initiated and then FIR was lodged. It would be the duty of the CBI to investigate everyone who was involved in this. Not just the petitioner (Deshmukh). This may also include those who were in the committee that reinstated (ex-Mumbai cop) Sachin Waze,” the court said.

Mr Waze is presently in jail in connection with the Antilia bomb scare case and the killing of Thane businessman Mansukh Hiran. It is alleged that Deshmukh had asked Waze, dismissed from police service in May after arrest in the Antilia-Hiran case, to extort crores from bars and restaurants in Mumbai.

The bench noted that the High Court, in its April 5 order directing the CBI to conduct a preliminary enquiry, used the words – “to instill public confidence in the administration”.

“Therefore, it is not just limited to the petitioner but to all those who are involved in the allegations levelled in the FIR,” Justice Shinde said.

The bench also sought to know from the CBI who were the “unknown” persons included in the accused column of the FIR.

“Normally, unknown persons are there in the accused column in theft and robbery cases. But in this case, the FIR was lodged after a preliminary enquiry was conducted,” the court said.

Additional Solicitor General Aman Lekhi, appearing for the CBI, told the High Court that he would inform the court on these points on the next date of hearing.

The court will continue hearing the matter on July 7.