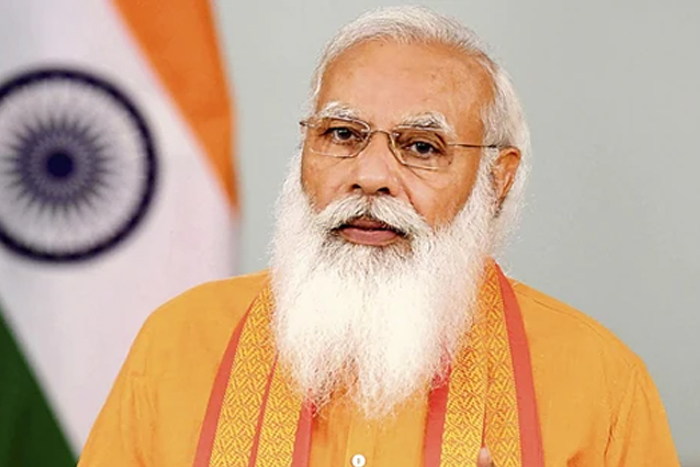 Rane told reporters that he had not received any call about his joining the government. Leaders of the LJP faction headed by Paras said he had received a call from Home Minister Amit Shah on Monday but claimed that it was related to the birth anniversary of party founder Ram Vilas Paswan.

BJP leaders Sarbananda Sonowal, Jyotiraditya Scindia and Narayan Rane, all of whom are being seen as probables for induction as ministers in the Modi government, arrived in the national capital on Tuesday amid indications that the Union Council of Ministers is likely to be expanded on Wednesday.

In another pointer to the imminent Cabinet reshuffle, Social Justice and Empowerment Minister Thaawarchand Gehlot was appointed as Karnataka governor, causing yet another ministerial vacancy. JD(U) leader R C P Singh and LJP’s Pashupati Kumar Paras, both of whom are expected to represent the BJP’s allies in the government, also reached here from Bihar. All of them remained tight-lipped to queries about their possibility of joining the government.

Rane told reporters that he had not received any call about his joining the government. Leaders of the LJP faction headed by Paras said he had received a call from Home Minister Amit Shah on Monday but claimed that it was related to the birth anniversary of party founder Ram Vilas Paswan.

Though there has been no official word on the Cabinet reshuffle, a series of meetings in the government and the BJP have fuelled the speculation that a big shuffling of his council of ministers by Prime Minister Narendra Modi is finally on the cards after he assumed the charge for a second term in 2019. Sources have indicated that it can happen anytime now.

Modi’s review of the works of his ministers, early next year assembly elections in Uttar Pradesh, Uttarakhand, Goa, Manipur and Punjab and the COVID-19 pandemic that has been a factor in the internal evaluation of the party’s governance and organisational works are likely to weigh heavy in the expected reshuffle. Representation of BJP MPs from West Bengal and the Northeast may go up.

Against the massive review exercise within the central government and the party machinery, the prime minister may go for new faces with an eye on grooming younger leaders while also factoring in caste and regional balances.

The reshuffles undertaken by Modi so far, all in his first term, have also seen some ministers being dropped or removed from key portfolios on account of their performance. The prime minister has also sprung surprises in the past by inducting those with apolitical background, like S Jaishankar and Hardeep Singh Puri, as ministers.

A party source said it is likely to be a “big shakeup” and members of the party organisation may be brought in the government.

With Gehlot set to quit as an MP after becoming governor, his departure will also leave the key post of the leader of the House in Rajya Sabha vacant.

It will leave one more position vacant in the BJP’s Parliamentary Board, the party’s apex body, where he is the only Dalit leader.

Incidentally, top RSS brass, including its chief Mohan Bhagwat and joint general secretaries Krishna Gopal and Manmohan Vaidya, was also in the city for the last few days.

The BJP has often factored in the feedback from the RSS in its key decisions.