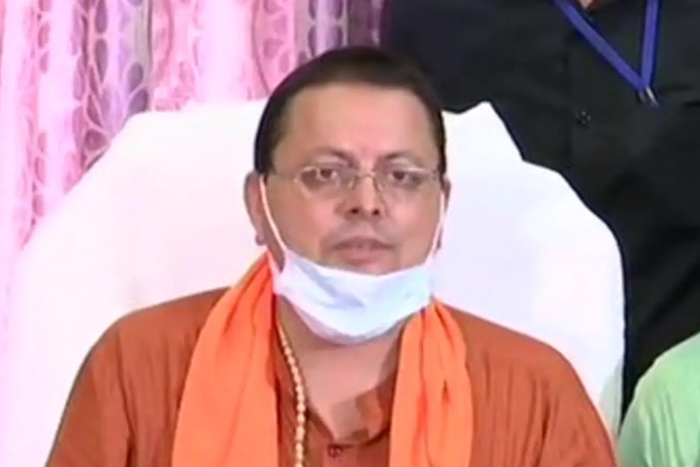 Two term MLA from Khatima in Uttarakhand, Pushkar Singh Dhami was sworn in as the 11th Chief Minister of the State along with an 11-member cabinet, on Sunday in Dehradun.

Mr. Dhami, at 45 the youngest Chief Minister yet of Uttarakhand, retained the entire team of his predecessor, Tirath Singh Rawat. Mr. Rawat quit on Friday evening ostensibly on being unable to get elected to the Uttarakhand Assembly within the constitutionally stipulated deadline of six months from the date he took over. Mr Dhami, already an MLA will have no such problems going ahead.

The only change that Mr. Dhami made to his Cabinet was to give all ministers a promotion to Cabinet rank. The ministers sworn were Satpal Maharaj, Harak Singh Rawat, Bansidhar Bhagat, Yashpal Arya, Bishan Singh Chufal, Subodh Uniyal, Arvind Pandey, Ganesh Joshi, Dhan Singh Rawat, Rekha Arya and Yatishwaranand.

Ms Arya, Mr Dhan Singh Rawat and Mr. Yatishwaranand, who were ministers of state in Mr. Tirath Rawat’s cabinet, have been elevated to cabinet rank.

Earlier in the day, Mr. Dhami met with senior party leader and his Cabinet colleague Satpal Maharaj at his residence with a bouquet of flowers amid reports that the senior leader and a few other MLAs of the BJP were sulking since Saturday as they were not happy with his election as the new leader of the BJP legislature party in Uttarakhand. He also paid courtesy visits to his predecessors Tirath Singh Rawat, Trivendra Singh Rawat and B.C. Khanduri at their residences.

He takes over the reins at a time when Uttarakhand has just a few months to go for the Assembly polls, due early next year.

Mr. Dhami is not only the youngest chief minister of the state, but also an appointment from Kumaon to the top post. He had worked his way in the BJP hierarchy first in student politics with the Akhil Bharatiya Vidyarthi Parishad (ABVP), the student wing of the Rashtriya Swayamsevak Sangh (RSS), in 1990. He was the officer on special duty (OSD) to his political mentor and former chief minister Bhagat Singh Koshyari when the latter held the post he is holding now.

In Mr Dhami’s elevation, clearly an attempt is being made to strike the right caste and regional balance in Uttarakhand, as State BJP chief Madan Kaushik is a Brahmin from the Garhwal region, having a Thakur leader from Kumaon as the chief minister is being seen as a good move.