You are here
Home > DAILY BAWAL > Draw of lots for over 4,000 e-auto permits in Delhi; 1/3rd reserved for women 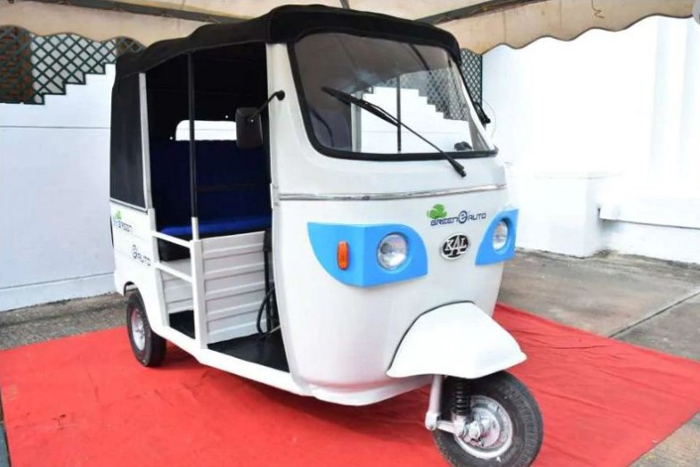 Draw of lots for over 4,000 e-auto permits in Delhi; 1/3rd reserved for women

Of the 4,261 permits on offer, 33% (1,406) have been reserved for women, but only 743 women have applied so far. Transport officials said applications will be sought again from women aspirants so that the capital city has more women drivers.

Of the 4,261 permits on offer, 33% ( 1,406) have been reserved for women, but only 743 women have applied so far, transport officials said . Applications will be sought again from women aspirants so that the capital city has more women drivers, they said.

“Our aim is to make a public transport system which is conducive for women passengers and the most effective step to do that is to create a system steered by women themselves. Delhi will continue to empower its women both socially and financially,” said transport minister Kailash Gahlot.

The scheme to allot e-auto permits was launched in October 2021 and was later halted as a lawsuit was filed by makers of the CNG variant over the government’s decision to give fresh registrations only to e-autos, and not CNG-run three-wheelers, while maintaining a one lakh cap on autos, as stipulated by the Supreme Court.

Monday’s draw of lots was held after the Supreme Court, in a landmark decision on February 11, 2022, allowed the Delhi government to resume the process of registration of 4,261 e-autos.

Within a span of less than a month, Delhi had received 20,589 applications under the scheme, of which 19,846 were from men.

The randomized draw of lots on Monday was held under the supervision of a committee comprising senior transport officials and a special invitee from the Department of Women and Child Development. To maintain transparency, the names of the successful applicants, including wait-listed applicants, have been displayed on the website of the transport department — www.transport.delhi.gov.in.

In addition, the list of applicants with deficiencies in applications will also be put in the public domain so that they get a chance to rectify the errors.

The permits to the first list of successful male applicants and 743 women applicants will be given by February 28, transport officials said. The successful applicants will be required to purchase the three-wheeler and apply for registration on the single window portal of CESL (Convergence Energy Services Limited) before April 30, 2022.

The registration of the e-autos will only be allowed for persons having a valid public service vehicle badge and on production of letter of intent.

“Special features such as the single window system of subsidy disbursement and interest subvention along with a provision of co-ownership with fleet aggregators will make the whole process of registering and owning an e-auto extremely simple,” said Gahlot.

To provide visibility to these vehicles, and to ensure compliance and prevent the misuse of the scheme, the transport department has also notified a special colour scheme for e-autos — those driven by men will be blue and e-autos driven by women will be lilac.