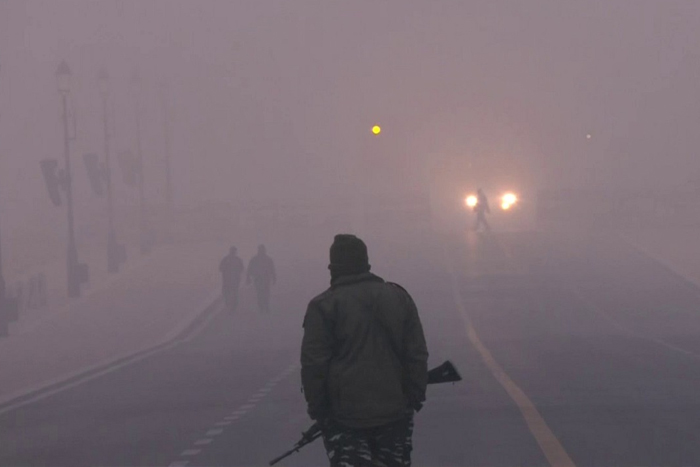 Severe cold wave conditions and a dense fog continued to prevail in North India on Tuesday with the India Meteorological Department (IMD) issuing a red and yellow alert in several parts of the country. According to the weather agency, a ‘cold day to severe cold day’ condition is likely at several places in Uttar Pradesh, Punjab, Haryana, Chandigarh, and Uttarakhand. “Cold wave is likely at isolated places over Punjab, Haryana, Chandigarh, Uttar Pradesh, and Rajasthan,” the IMD said.

Notably, the IMD declares a ‘cold wave’ when the minimum temperature dips to 4 degree Celsius or below and/or is 4.5 notches less than normal. A ‘cold day’ is declared when the minimum temperature is 10 degree Celsius or below and/or is 4.5 to 6.4 degrees lesser than the season’s normal for two consecutive days.

Here are the latest updates

36 trains running late in the Northern Railway region due to fog. pic.twitter.com/qHyZuXkQZW