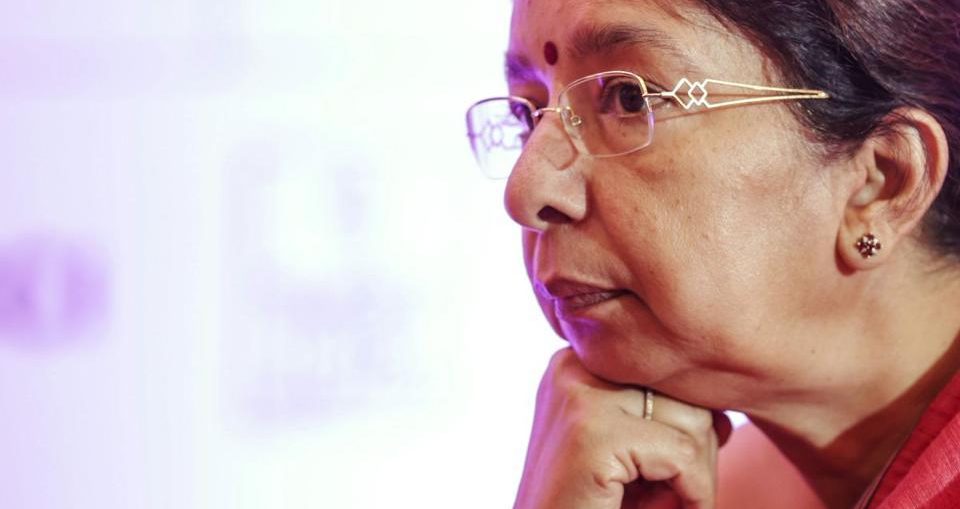 Shikha Sharma will step down more than two years before the proposed end of her term, amid reports the banking regulator is questioning the lender’s performance.

Axis Bank’s shares jumped up to 3.70% on Tuesday, making it the top performer on the BSE Sensex as news of the bank’s chief executive officer Shikha Sharma stepping down by the end of 2018 came out.

Sharma will step down more than two years before the proposed end of her term, amid reports the regulator is questioning the lender’s performance.

The board of India’s third-largest private bank had proposed she stay through 2021 but accepted Sharma’s request for an exit on Dec. 31, 2018, Axis Bank said in a statement late Monday. Sharma has been Axis Bank’s CEO since 2009.

The Reserve Bank of India had written to Axis Bank’s board to reconsider the three-year extension proposed for Sharma due to the bank’s performance and deteriorating asset quality, the Economic Times had reported April 2, citing people it didn’t identify.

“Management transition needs to now be managed well, failing which there could be near-term challenges to operations and growth,” analysts at Macquarie Capital Securities India Pvt., led by Suresh Ganapathy, wrote in a note. “More importantly, we believe the appointment of a credible successor will be critical for the bank’s performance hereon.”

Banks are also being roiled by news of frauds and alleged conflicts of interest. The board of ICICI Bank Ltd. is said to be divided over whether to ask its CEO Chanda Kochhar to step down as federal authorities investigate allegations of impropriety over loans made to Videocon group.

The Reserve Bank of India is delaying year-end bonuses to the heads of top private banks as it questions the size of the payouts, citing the lenders’ performance issues, people familiar with the matter said last week. Bain Capital LP and Capital Group were among investors that spent about Rs 116 billion investing in Axis Bank last year.