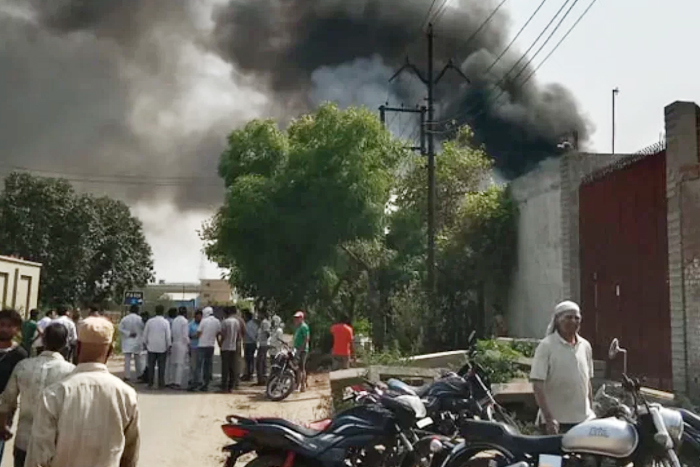 As many as twelve people have died and 20 others have been injured in a blast at a chemical factory in Uttar Pradesh’s Hapur.

UP Chief Minister Yogi Adityanath condoled the deaths and asked officials to extend all help to the families of the deceased.

“The chief minister has directed district administration officers to go to the spot and oversee rescue and relief measures and extend all possible help to the victims and their families,” the CM’s office tweeted.

The chief minister has also asked officials to get the accident investigated by experts.

Prime Minister Narendra Modi also expressed condolences to the families of those who lost their lives in the fire at Hapur chemical factory.

“The accident in the chemical factory of Hapur, Uttar Pradesh is heart-wrenching. I express my condolences to the families of those who have lost their lives in this. The state government is actively involved in the treatment of the injured and all possible help,” the PM’s office tweeted.

Meanwhile, Hapur DM Medha Roopam said, “A committee will be formed. Forensic team finding out what chemical has been retrieved (in the explosion at the manufacturing factory).”