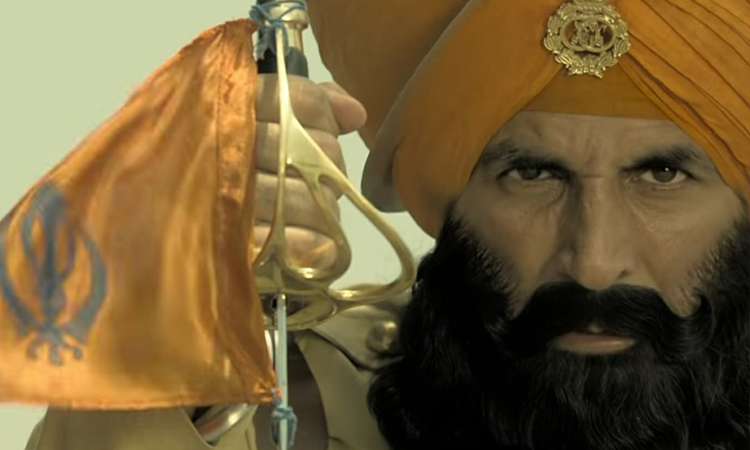 Kesari is based on the Battle of Saragarhi, 1897. Akshay Kumar plays the role of Havildar Ishar Singh, who leads a contingent of 21 Sikh soldiers of the British Indian Army against 10,000 Afghan invaders.The movie garnered around 21 crore on the very first day in theatres.

Trade analyst Taran adarsh tweeted to say that : “Kesari roars… Sets the box office on fire… Emerges the biggest opener of 2019 [so far].”

The movie had restricted shows during the day  because of Holi celebrations, However it got a kick start in the evening and it gathered 21 crore on its first day itself in the theatres. Biz witnessed massive growth from 3 pm/4 pm onwards, and the evening shows were fully occupied.

Kesari outurn Gully boy and Total dhamaal to emerge as the highest weekend opener of 2019.

On the 3rd day Kesari managed to earn 78 crore despite IPL, Kesari fying in the sky and is unstoppable at the box office. After a blockbuster opening weekend. According to early estimates, Kesari earned Rs 10 crore (approx) on Moday, thus taking the total to Rs 88.07 crore (approx).