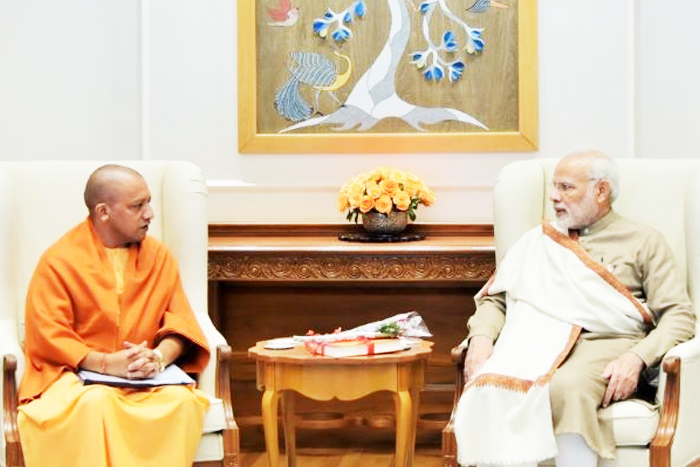 Yogi meets PM Modi in Delhi ahead of UP govt formation

“I am sure that in the years to come, he will take the state to greater heights of development,” PM Modi said.

Set to take oath as the chief minister for a second term after Holi, Adityanath’s talks with the top party leadership are likely to centre around a host of issues related to the government formation besides being a formal exercise.

According to sources, the Uttar Pradesh CM-elect is likely to be in the national capital for two days.
Political watchers believe that Adityanath’s stature has received a boost with the win as his leadership was at the centre of the BJP’s re-election bid.

The BJP won 255 seats in the 403-member assembly in the seven-phase UP elections. Its two allies secured another 18 seats.

While the BJP retained power in the state with fewer states compared to 2017, the party managed to increase its vote share this time.