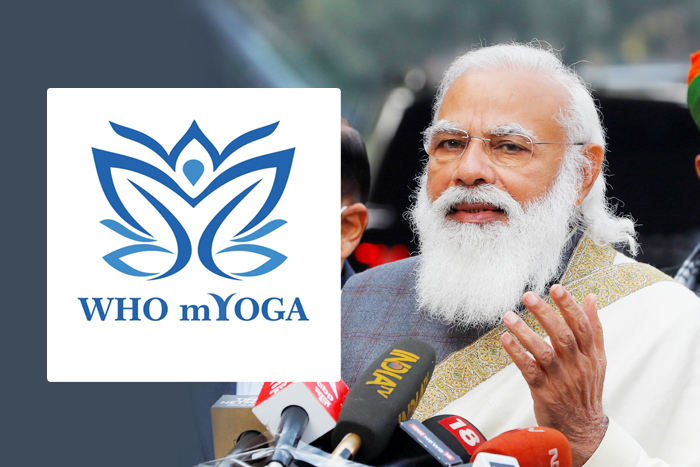 What is mYoga app announced by PM Modi today

Designed to encourage people to practice quality yoga at the touch of their smartphone, the mYoga app is a collaborative effort between the Ministry of Ayush and the WHO.

Prime Minister Narendra Modi on Monday launched the mYoga app on the occasion of the seventh International Day of Yoga. Developed jointly by the Ministry of Ayush and the World Health Organization (WHO), the mYoga app intends to provide yoga training and practice sessions of varying durations to laypersons and enthusiasts alike.

“In collaboration with WHO, India has taken another important step. We will be launching the mYoga app which will have yoga training videos in different languages for people across the world. This will help us achieve our ‘One World, One Health’ motto,” said PM Modi in a televised address to the nation earlier on Monday.

The app can be used as a daily yoga companion for persons aged 12-65 years. WHO says the app was developed through review of scientific literature and extensive international expert consultation.

Designed to encourage people to practice quality yoga at the touch of their smartphone, the mYoga app is said to be safe and secure, and doesn’t collect any data from users. Currently, it is available in French, English and in Hindi, with more languages to be added in the coming months. Android users can download the mYoga app from Google Play Store.

The app was developed with the aim of making yoga more accessible to people all over the world, said PM Modi.

“This is also a great example of the fusion of modern technology and ancient science,” he added.