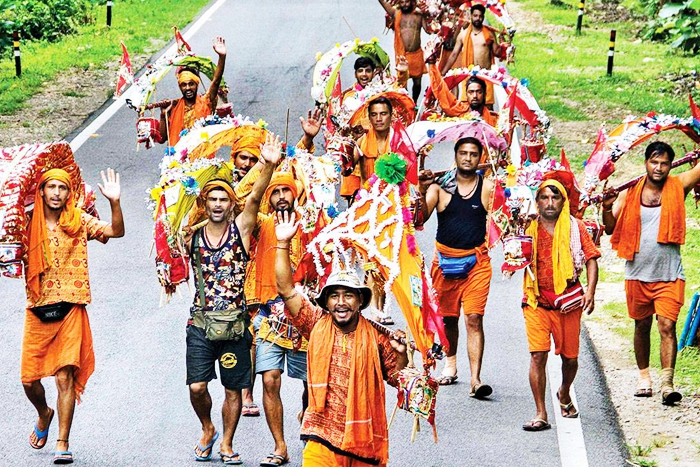 UP kanwar bodies call off yatra after state government appeal

LUCKNOW: Kanwar associations in Uttar Pradesh decided to call off this year’s kanwar yatra on Saturday in view of the Covid-19 pandemic and experts’ warning about a third wave in the coming months. The move came after talks with state government representatives, sources said.

Additional chief secretary (information) Navneet Sehgal confirmed that the yatra was called off for the second consecutive year after an appeal by the UP government.

Undertaken annually by devotees of Lord Shiva to bring water from sacred rivers — mainly the Ganga in Haridwar — to offer it to the deity in the month of Shravan, the yatra was cancelled last year by both UP and Uttarakhand because of the pandemic.

This year, too, Uttarakhand cancelled it after drawing flak over holding Kumbh early this year. However, UP wanted to organise it in accordance with Covid protocols. The Supreme Court then took suo motu cognizance of the issue and served a notice to the UP government.

On Friday, a Supreme Court bench led by Justice RF Nariman had directed the UP government to reconsider its decision to allow the annual religious yatra, scheduled to start from July 25. Advising the UP government against allowing even a symbolic yatra in light of the pandemic, the SC went on to say that if the government did not call it off, the court would be forced to pass an order. To this, the government had said that “if” the yatra took place, it would happen in accordance with Covid-19 protocols and “with the consent of kanwar associations”.

Uttarakhand was earlier forced to suspend the Char Dham Yatra after the high court had pulled it up for allowing the Kumbh Mela in the middle of the second wave.