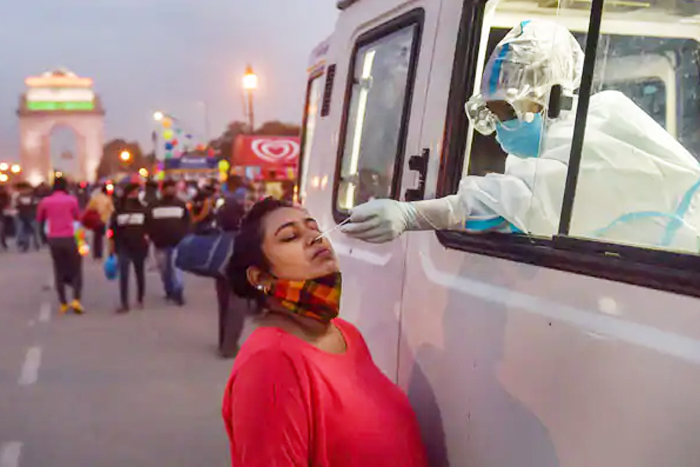 No Covid deaths in Delhi for 1st time since March 2

The city also added 51 fresh cases of the infection on Sunday, showed the state government’s daily health bulletin, which took Delhi’s overall tally to 1,435,529. The city added an average of 64 fresh infections each day over the past week.

Delhi recorded no fresh deaths of the coronavirus disease (Covid-19) on Sunday, for the first time since March 2 this year, a landmark in the city’s fight against the infection, especially in the backdrop of a brutal fourth wave of infections between April and May that left thousands dead.

So far, the city has seen 25,027 deaths of the infection, most of which came in the fourth wave. The first death of the infection was reported on March 13 last year, when a 69-year-old woman from Janakpuri succumbed to the infection.

State government records show that 13,210 people died of Covid-19 in the city in April and May this year alone, accounting for nearly 53% of Delhi’s coronavirus deaths. Single-day fatalities peaked on May 3, as 448 died of the infection. The city added over 400 new deaths for three days, between May 1 and May 3, as the fourth wave of infections ravaged the city, and leaving its health care infrastructure stretched to the brink.

At the height of the fourth wave, Delhi added an average of 25,294 cases a day in the seven days ending April 23.

“We have seen that the virus cycle is of 12 weeks, so there is a strong possibility of another surge in the city in August or September. We have to be prepared. People should not stop wearing masks or maintaining social distance, even if they are vaccinated,” said Dr SK Sarin, director, Institute of Liver and Biliary Sciences. He headed the Delhi government’s first committee on Covid-19 control and management.

The city also added 51 fresh cases of the infection on Sunday, showed the state government’s daily health bulletin, which took Delhi’s overall tally to 1,435,529. The city added an average of 64 fresh infections each day over the past week.

As on Sunday, 592 people in the Capital are currently battling the infection — the lowest that active cases have been at in the city since the early days of the pandemic in April last year.

The test positivity rate on Sunday also remained low, at 0.07%. The positivity rate is a crucial metric to understand the scale of infection spread in an area, and the World Health Organization (WHO) recommends a number below 5% in a region for two weeks, before an outbreak can be considered under control.

Experts also seem to suggest that the number of cases going down could also mean most of Delhi’s population is already exposed to Sars-Cov-2, the virus that causes Covid-19.

“The number of cases going down is natural; our study in collaboration with the World Health Organization has shown a very high seropositivity. A wave of any infection can happen only when there is an adequate pool of susceptible people. For example, we see dengue cases increase every four or five years in Delhi because by then there is a susceptible population,” said Dr Puneet Mishra, professor of community medicine at the All India Institute of Medical Sciences, Delhi.

The number of hospitalisations has been going down gradually as well, with only 330 of the 12,780 Covid-19 hospital beds currently having been occupied, according to government data.

Hospitalisations owing to Covid-19 have gone down sharply over the past few weeks; it is nothing as compared to the rush that we saw in the months of May and June. The situation is much better now; and hopefully more non-Covid cases will be taken up in the coming weeks if the situation continues to improve,” said a senior administrative official of a prominent hospital in the national capital, who did not wish to be identified.