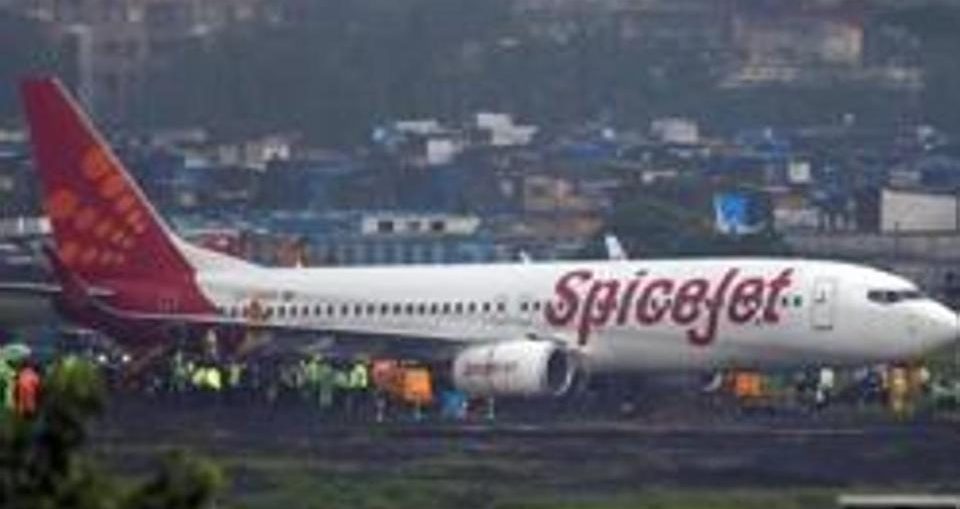 A SpiceJet passenger aircraft Boeing 737-800 is seen after it overshoot the runway while landing at Mumbai airport.

The incident, involving the SpiceJet flight from Hyderabad, happened late in the evening.

An airport official said the plane while taxiing after landing damaged a few runway lights. As the runway was closed from 2247 hours to 2328 hours, at least 10 flights were diverted.

“During landing roll , the aircraft veered off to the left and was aligned to the central line by the pilot. It taxied normally to the bay…However, four runway lights got damaged,” a SpiceJet spokesperson said in a statement.

All the passengers and baggage were deplaned in a normal manner. There was no damage to the aircraft, the spokesperson said.

During the closure of the runway, eight flights were diverted to Chennai and one each to Trichy and Coimbatore, according to the airport official.