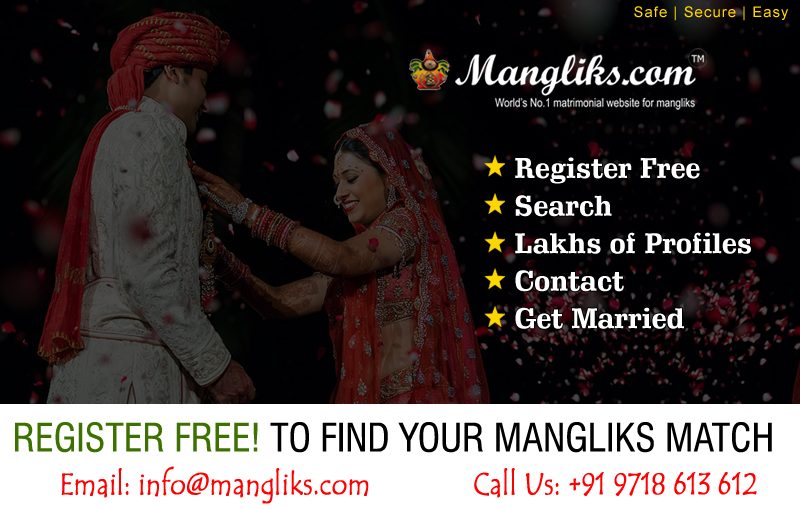 What is Manglik Dosha or Kuja Dosha?

Manglik or Kuja Dosha is an astrological state when the native has the planet Mars located either in the first, fourth, seventh, eight or twelfth house. This condition is identified on the basis of the norms set by the ancient texts of Vedic astrology; and is considered to be among the most feared astrological conditions especially because of its negative influence on the marital lives of the native and his or her spouse.

One can identify whether or not a native is a Manglik on the basis of studying their Kundli’s or horoscope charts. The comparative analysis of the birth chart, the Navmansha and the Moon chart help determine whether or not the native is Manglik.

How is the Manglik Dosha formed in the Kundli?

As previously explained, the Manglik or the Kuja Dosha is formed when the planet Mars is placed in the 1st, 4th, 7th, 8th and 12th house from the ascendant, which is also known as lagna, Chandra lagna (the moon sign) in the lagna horoscope, Chandra horoscope or Navmansha horoscope.

Next in severity comes the placement of the eight, fourth and twelfth houses in descending order.

A crucial loophole in the this entire system is that if a native who is a Manglik marries another native with the same astrological condition, then the negative effects of the dosha are deemed to have complimented or neutralized each other.

Mangliks.com, India’s & The World’s No. 1 & only matrimonial portal for Mangliks. Our goal is to ensure that thousands of people find their life partners through our revolutionary matchmaking service which aims at a blissful married life & bonding for its members. We know the problems a Mangliks parents go through.

Mangliks.com was founded by Strikeone Advertising In 2006 as there was no site catering to this section on a niche basis. Do you know that 40% of Indians are Mangliks? Hence we at Strikeone Advertising created Mangliks.com with one objective – to provide us Indians with a superior matchmaking experience by expanding the opportunities available to meet potential life partners.

With an objective to act as the most preferred vehicle for people find their soul-mates, Mangliks.com is among the world’s leading matrimonial websites specializing in Manglik Matrimony.

Our comprehensive Indian matrimony related range of services aims at offering prospective brides and grooms an opportunity to find themselves partners that will assure them a blissful marital life. The interactive features on our website offer bachelors, spinsters and their family members a satisfying matchmaking experience based on which they can easily communicate and meet each other within the realms of the Indian marriage systems and traditions.

In addition to the conventional services offered on a typical matrimonial website, we go an extra mile and ensure that each and every profile that registers with us is manually validated by our experienced personnel to further ensure complete security. We also boast of a wide range of profiles of Indians from around the world, covering a wide range of demographics, ethnicities and professions. Our user-friendly interfaces make it easier for people to easily browse through profiles, and contact other registrants that they find interesting. Read More…