You are here
Home > DAILY BAWAL > Soldier, civilian killed in Kulgam encounter in Kashmir, gunbattle on 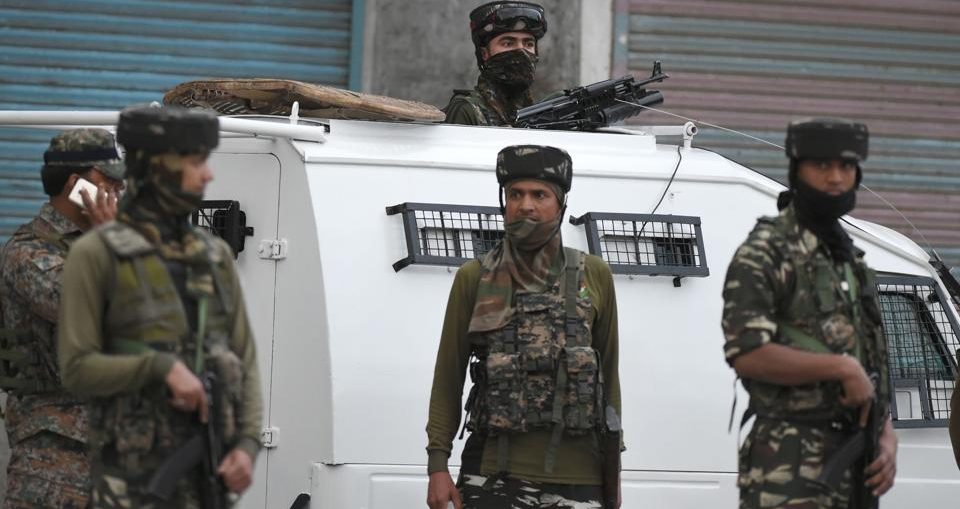 A police spokesperson confirmed early Wednesday that a cordon and search operation was launched in Kulgam after input of militant presence in the Khudwani area. Security forces stand guard during restrictions in downtown Srinagar on April 6.

An army soldier and a civilian were killed during an ongoing gunbattle in south Kashmir’s Kulgam district on Wednesday morning, officials said.

Although official statements are awaited from the police and the army, a source in the J&K police said one soldier succumbed to injuries, while an official at a district hospital in Anantnag confirmed that the civilian was brought dead.

The official said the civilian has been identified as Sharjeel Ahmad Sheikh and he was in his late 20s.

A police spokesperson confirmed early morning that a cordon and search operation was launched in Kulgam after input of militant presence in the Khudwani area.

“During the search operation, some gunshots were heard after which an encounter started. The gunfight is still underway,” said news agency IANS, quoting police.

As the gunbattle went on, protesters gathered and pelted stones at the security personnel to disturb the operation and clashes ensued, police officials said.