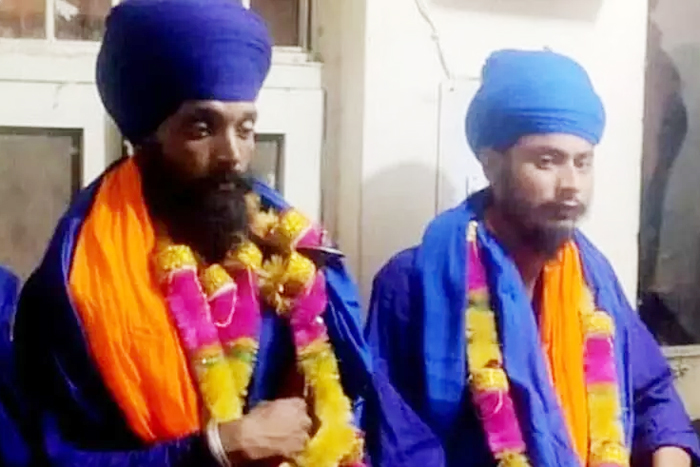 Two more men from the Nihang community, Bhagwant Singh and Govind Singh, have surrendered before the Haryana Police in the Singhu border killing case. The police have detained them and initiated their interrogation.

Earlier, on Friday, Saravjeet Singh of the Nihang community had claimed responsibility for the murder and surrendered to the police. He was sent to seven-day police custody on Saturday. In his disclosure statement, he also named four people who the police are tracking.

In connection with the case, the police also arrested Narayan Singh, of the Nihang community, from his village in Punjab on Saturday.

On Friday, a group of Nihang Sikhs, Nirvair Khalsa-Udna Dal, admitted to killing the 35-year-old Dalit man and said he was killed for allegedly committing ‘sacrilege’.

WHAT IS THE SINGHU BORDER KILLING CASE?

At around 5 am on Friday, farmers protesting at Delhi’s Singhu border woke up to the gory sight of a body with a severed wrist and legs chopped off tied to a metal barricade near their protest site. A video of the gruesome incident also emerged on social media.

The deceased was identified as 35-year-old Lakhbir Singh, a Dalit man, with no criminal history or political affiliation, as per police sources.

The Nihang group claimed responsibility for the murder and said they killed him because “before the Prakash Prayer [offered around 3 am], he removed the cloth to cover the holy scripture and insulted the Pothi Sahib [translation book].”

A police investigation in the case is currently underway.