You are here
Home > DAILY BAWAL > SC ban on firecrackers is a small, but important step in the fight against pollution 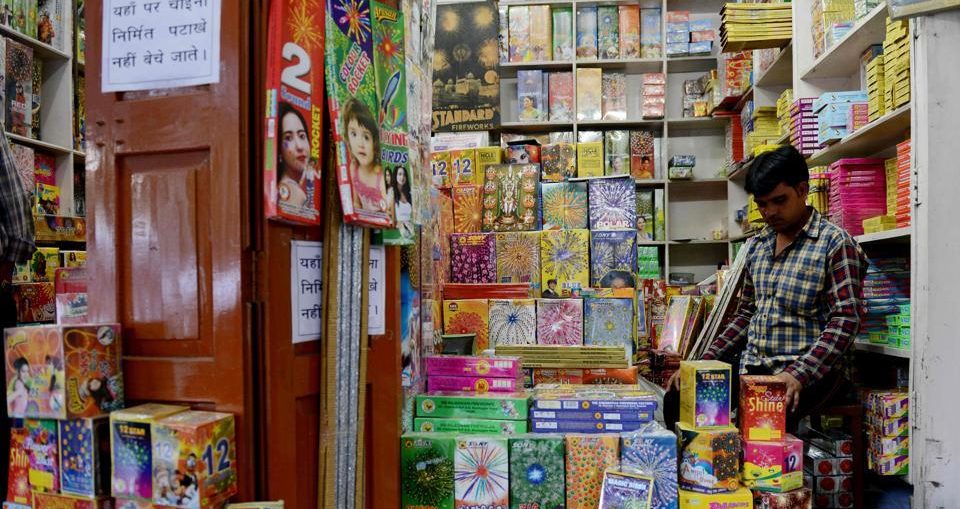 The Supreme Court has put on hold sale of firecrackers in Delhi-NCR till November 1.

A shopkeeper at his firecracker shop in New Delhi. The Supreme Court has put on hold sale of firecrackers in Delhi-NCR till November 1.

The Supreme Court has come to the rescue of Delhi-NCR residents yet again by ruling to ban the sale of fireworks until November 1, 2017. Unless one of the other parameters that contributes to the rise of particulate matter in the air (such as crop-stubble burning in neighbouring states or burning of garbage at existing landfills) changes significantly and suddenly over the next 10 days, it will soon become clear to everyone how greatly the combustion of firecrackers over one single evening contributes to Delhi’s pollution.

The court has been circumspect in limiting its order to November 1. What will be key for all stakeholders and advocates of clean air is to ensure that when the court revisits the issue after that date, it is presented with accurate, unambiguous and error-free data from multiple unbiased monitoring sources, which include but aren’t limited to government sources such as the Central Pollution Control Board. Because, in reality, this isn’t about Diwali or festivities at all. Its about the collective health of Delhi residents, rich and poor alike – and that includes manufacturers, workers as well as end-users of fireworks, the very demographic protesting the ban.

Air is the ultimate democratiser. It knows no geographic, socio-economic, class or race boundaries. In fact, poor air is harmful for even animals and plants – any living being that respires – although there isn’t enough research available currently to scientifically validate that.

The first red herring being used by interested lobbies in court to divert attention from the issue is whether PM2.5 is indeed so terrible for human health. That breathing polluted air (specifically PM2.5, particulates smaller than 2.5 microns) is harmful for human health is now beyond debate. By now most people are aware that of the five pollutants that populate our Air Quality Index, Sox Nox, CO, Ozone and PM2.5, it is that last solid particulate matter that causes the worst irreversible harm to our organs – and that harm isn’t just limited to our lungs. Enough studies have measured the toxic impact of air pollution on our liver, kidneys, reproductive organs and brain, causing not just cardiopulmonary and respiratory damage but also cancer and strokes.

However, leaving all that aside for now, if we just take the evidence previously accepted by governments, courts and people globally, that smoking cigarettes is injurious to our health, then there can be no doubt that PM2.5 is also equally, if not more injurious, given that inhaling air isn’t even a choice and we breathe PM2.5 in involuntarily not once, but 25,000 times in a day. If there was still any doubt, a recent Lung Care Foundation WhatsApp video doing the rounds has an actual surgeon telling us PM2.5 is harmful, complete with gruesome cross-sectional images of healthy pink versus PM-tainted black lungs.

Additionally, air pollution scientists and doctors have emphasised that the contribution of high episodic air pollution events cause increased all-cause mortality, not to mention triggering impact on those with pre-existing respiratory and cardiac ailments, the elderly and young children, especially as the effects of firecrackers remain in the air for up to one month after Diwali.

PV Sindhu, Carolina Marin to go under the hammer in PBL auction