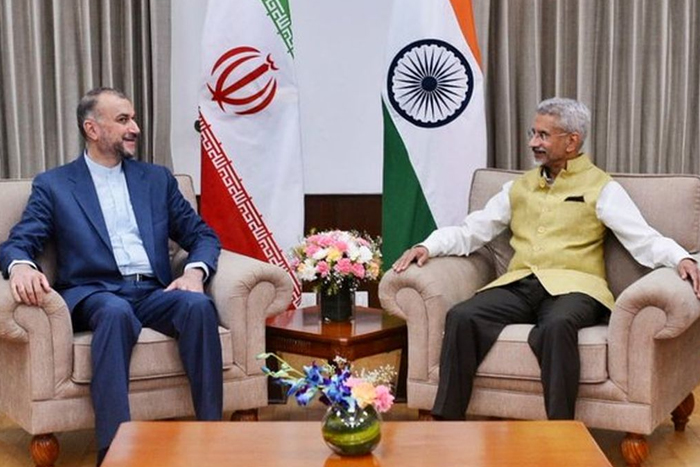 The talks between S Jaishankar and Iranian counterpart Hossein Amir-Abdollahian took place in the backdrop of widespread anger in West Asia over controversial remarks on Prophet Mohammed made by two former BJP spokespersons.

External Affairs Minister S Jaishankar on Wednesday held extensive talks with his visiting Iranian counterpart Hossein Amir-Abdollahian, focusing on boosting bilateral ties, and deliberating on the situation in Afghanistan and the Ukraine crisis.

The talks took place in the backdrop of widespread anger in West Asia over controversial remarks on Prophet Mohammed made by two former BJP spokespersons.

Both sides also signed an agreement on mutual legal assistance in civil and commercial matters.

Mr Abdollahian is on a three-day visit to India to further enhance bilateral ties.

It is the first visit to India by a senior minister of a member nation of the Organization of Islamic Cooperation after the controversial remarks on the Prophet anguished the Gulf countries.

“Welcoming FM @Amirabdolahian to New Delhi. Our discussions today will reflect our close and friendly relations,” Mr Jaishankar tweeted ahead of the talks.

Mr Abdollahian’s visit to India came days after Iran joined Kuwait and Qatar in summoning the Indian ambassadors over the remarks against Prophet Mohammed by Nupur Sharma and Naveen Jindal.

However, the Ministry of External Affairs (MEA) on Monday categorically rejected OIC’s criticism of India following the comments on the Prophet.

The Iran nuclear deal also figured in the talks.

The Joint Comprehensive Plan of Action (JCPOA), commonly known as the Iran nuclear deal, was finalised in 2015 between Tehran and several world powers including the EU. It was aimed at curbing Iran’s nuclear ambitions. The US had withdrawn from the deal in May 2018 and reimposed sanctions on Iran. There have been fresh efforts now to restore the deal.   According to the Ministry of External Affairs (MEA), Abdollahian will travel to Mumbai and Hyderabad after concluding his engagements in New Delhi.

Iran has been a key country for India in the Gulf region.

The two sides have been jointly focusing on improving connectivity between South East Asia and Central Asia.

Located in the Sistan-Balochistan province on the energy-rich Iran’s southern coast, the Chabahar port is being developed by India, Iran and Afghanistan to boost connectivity and trade ties.

India has been in touch with Iran over the developments in Afghanistan following its takeover by the Taliban.

The Iranian National Security Advisor had attended a regional conclave hosted by India in November on the Afghan crisis.

The conclave was also attended by the NSAs of Russia, Kazakhstan, Kyrgyzstan, Tajikistan, Turkmenistan and Uzbekistan.