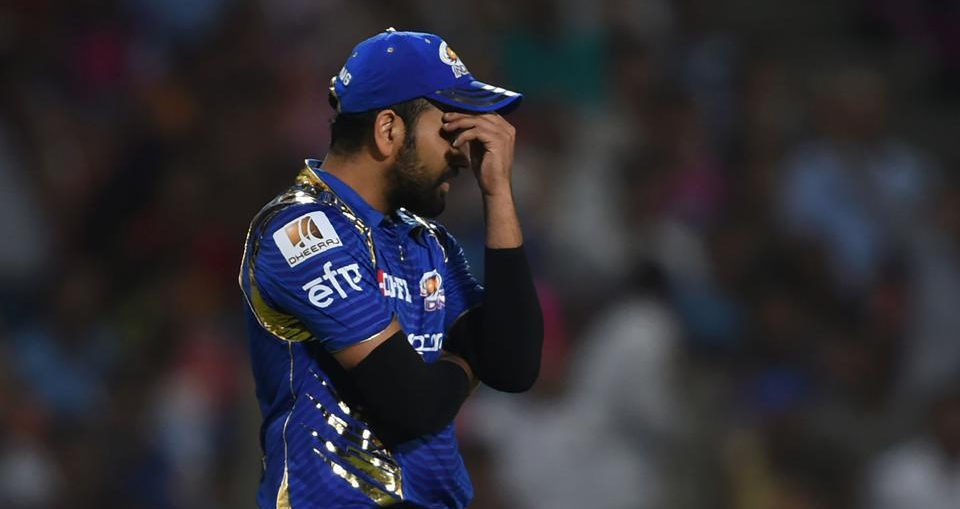 Rohit Sharma, the Mumbai Indians skipper, has been reprimanded by the match referee for showing dissent towards an umpiring decision during the IPL 2017 T20 clash against Kolkata Knight Riders

Rohit Sharma has been reprimanded for showing ‘excessive, obvious disappointment’ towards the umpire during Mumbai Indians’ IPL 2017 T20 clash against Kolkata Knight Riders.(AFP)

Rohit Sharma, Mumbai Indians captain, has landed himself in a soup over to his reaction to being adjudged LBW during the 2017 Indian Premier League match against Kolkata Knight Riders at the Wankhede Stadium in Mumbai on Sunday. (FULL IPL COVERAGE)

Rohit didn’t seem pleased by the umpire’s decision, and made his feelings known while walking back to the pavilion during Mumbai Indians’ eventually successful chase. (IPL 2017 SCHEDULE)

“Rohit Sharma, the Mumbai Indians captain, was reprimanded by the match referee for showing excessive, obvious disappointment with an Umpire’s decision during his team’s contest against the Kolkata Knight Riders at the Wankhede Stadium,” an IPL statement read. (IPL 2017 RESULTS)

“Mr Sharma admitted to the Level 1 offence 2.1.5 of the IPL Code of Conduct for Players and Team Officials.

“For Level 1 breaches of the IPL Code of Conduct, the Match Referee’s decision is final and binding,” it added.