You are here
Home > Sports Bawaal > Rohit Sharma betters Virat Kohli in ODIs, but task cut out as India captain 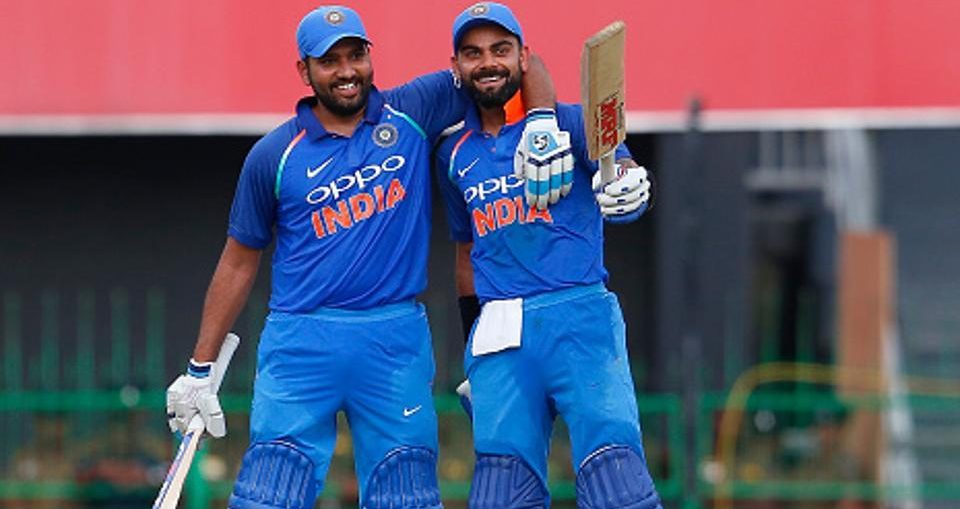 Since returning from a thigh injury, Rohit Sharma has managed to surpass Indian cricket team captain Virat Kohli on some counts.

Rohit Sharma (L) will be captaining India against Sri Lanka in the limited-over series in the absence of Virat Kohli.

It’s hard to look beyond Virat Kohli’s lofty numbers, when it comes to analysing India’s impressive show in recent times. Yet the man who will replace him as ODI captain against Sri Lanka – Rohit Sharma – has been building a strong case for himself too.

Since returning from a thigh injury, which left Rohit to ponder if he’ll be ‘able to walk or not’, the 30-year-old Mumbai player has stacked such stats that can’t be ignored. In fact, he has surpassed Kohli on some counts.

After an eight-month gap, Rohit returned to the national side in the ICC Champions Trophy in June. Since then, the Mumbai player has played 18 ODIs, scoring 1076 runs and five centuries. In those 18 matches, Kohli scored 1031 runs with help of four centuries.

Rohit was also one of the two batsmen in the ICC Champions Trophy to score more than 300 runs. Shikhar Dhawan was the other one.

However, Rohit was rested for the June-July ODIs in West Indies, where Kohli played. So, from June to December the latter played five more games, making it 23 ODIs overall – in which Kohli scored 1275 runs.

To see a player, who is not a regular in India Test XI rising to the skipper’s slot, once again indicates that the team management is looking for specialists in every format. And the process is not limited to spinners, pacers or middle-order batsmen only. It includes stand-in captains/vice-captains too.

Ajinkya Rahane led India against Australia in a home Test in March when Kohli was injured, while for ODIs it will be Rohit who’ll take his place in his absence.

His record as a batsman apart, Rohit has so far shown commendable effort with his captaincy too. Though Indian Premier League (IPL) can hardly be a parameter to judge one’s potential at the international level, it can be an indicator.

Since taking over Mumbai Indians’ reins in 2013, Rohit has won the IPL thrice – one more time than India’s greatest captain MS Dhoni.

However, to lead a T20 side in a domestic competition and to captain the national side is a different cup of tea altogether. Despite starting as favourites against an opponent whom India thrashed at their home couple of months back, the hosts have their set of dilemmas too.

It’s that lingering issue of No. 4 batsman in the ODI line-up which is yet to find a conclusive answer. Manish Pandey, Dinesh Karthik, Hardik Pandya, Kedar Jadhav – the list of candidates is long. But the conclusive answer has not yet been found.

The absence of Kohli in the current series has add even more relevance to the role of No. 4 batsman in this batting line-up and Rohit will have to decide who to try out.

Then there is the ranking issue. If world No. 1 India lose even one out of the three matches in the series, the team will be dethroned from numero uno position in ICC charts. Rohit would not like that record in his first series as captain.