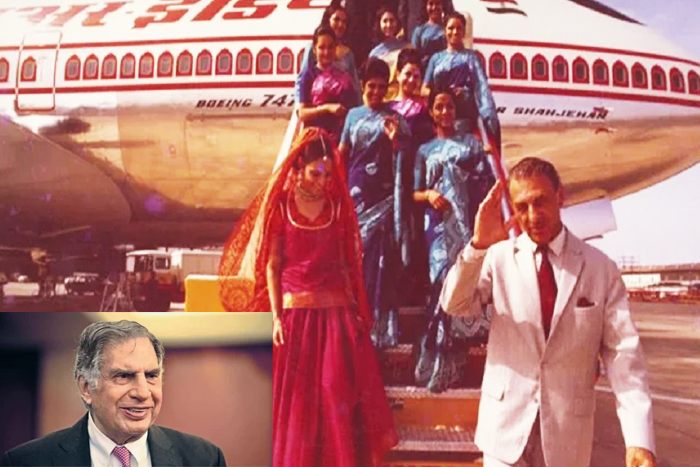 The deal completes a full circle as Air India was founded in 1932 under the name Tata Airlines by family scion and aviation enthusiast Jehangir Ratanji Dadabhoy Tata.

Tata Sons chairman emeritus Ratan Tata today tweeted an old photograph of the company’s former chairman JRD Tata getting down from an Air India aircraft, minutes after Tata Sons regained control of the government airline – nearly 70 years after its nationalisation.

“The Tata Group winning the bid for Air India is great news! While admittedly it will take considerable effort to rebuild Air India, it will hopefully provide a very strong market opportunity to the Tata group’s presence in the aviation industry,” Mr Tata tweeted.

“On an emotional note, Air India, under the leadership of Mr JRD Tata had, at one time, gained the reputation of being one of the most prestigious airlines in the world. Tatas will have the opportunity of regaining the image and reputation it enjoyed in earlier years. Mr JRD Tata would have been overjoyed if he was in our midst today,” Mr Tata said in the statement he tweeted.

“We also need to recognise and thank the government for its recent policy of opening select industries to the private sector. Welcome back, Air India!” the Tata Sons chairman emeritus tweeted.

The deal completes a full circle as Air India was founded in 1932 under the name Tata Airlines by family scion and aviation enthusiast JRD Tata.

Tata Sons will acquire Air India, 50 per cent of Air India-Sats, and Air India Express. The government will get ₹ 2,700 crore in cash from the sale. The rest is the government’s debt, which Air India will take over.

The transaction does not include non-core assets including land and building, valued at ₹ 14,718 crore, which are to be transferred to the government’s holding company AIAHL. Air India’s total debt stands at over ₹ 60,000 crore and the government loses nearly ₹ 20 crore every day.

“At the Tata group, we are delighted to be declared as the winner of the bid for Air India. This is a historic moment, and it will be a rare privilege for our group to own and operate the country’s flag bearer airline,” Tata Sons chairman N Chandrasekaran said in a statement today. “It will be our endeavour to build a world-class airline which makes every Indian proud. On this occasion, I would like to pay tribute to JRD Tata, pioneer of Indian aviation, whose memory we cherish.”