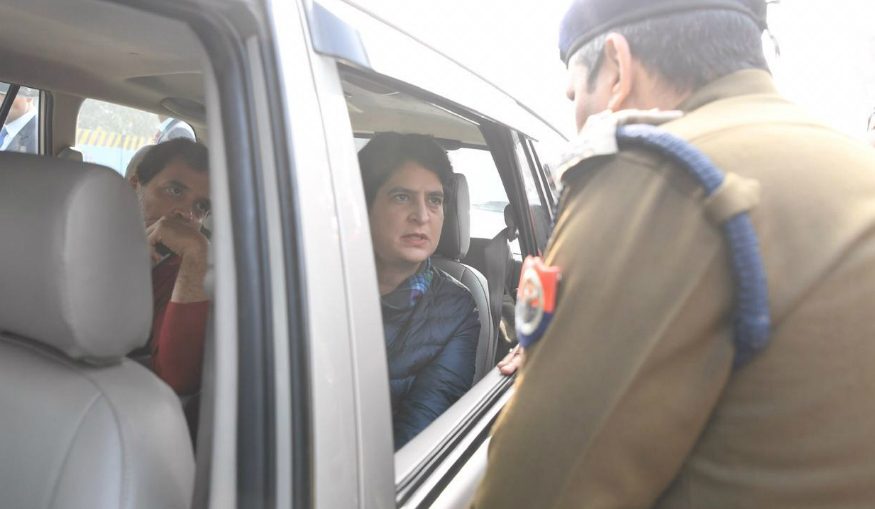 Rahul Gandhi said the police did not show them any order for stopping them and told them to return.

Meerut (UP): Congress leaders Rahul Gandhi and Priyanka Gandhi Vadra were on Tuesday stopped by police from entering Meerut on their way to meet the families of those who died during protests against the Citizenship Amendment Act.

The two had requested that they, along with another Congress leader, be allowed to meet the families, but were denied entry, Congress sources said in Delhi.

The Gandhis were stopped near Partapur police station. “We asked the police to show us order, but they did not show any order for stopping us and told us to return,” Rahul Gandhi told reporters.

According to a police statement, Rahul Gandhi and Priyanka Gandhi were served a notice which said section 144 of the CrPC has been imposed and the situation in Meerut was sensitive.

“They were told that they will be held responsible for any deterioration of the law and order situation in the district due to their visit,” the statement said.

Both were conveyed that the police will have no objection if they wanted to visit the district peacefully. They both went back on their own, it added.

Later, senior state Congress leaders Imran Masood and Pankaj Malik met the victims’ families. A Congress spokesperson said that the Gandhis will again try to meet the families on Wednesday.

Priyanka Gandhi had on Sunday met the families of some of the protesters who died in Bijnor. Seventeen people are reported to have died in Uttar Pradesh during protests against the new citizenship law.

A four-member Trinamool Congress delegation, which was scheduled to meet the grieving families of those killed in Uttar Pradesh during protests over the new citizenship law, was also detained at Lucknow airport on Sunday afternoon.

Several Congress leaders condemned the decision of the administration to stop the Gandhis from visiting Meerut.