You are here
Home > DAILY BAWAL > In Priyanka Gandhi’s attack on Yogi Adityanath, a hint of Congress combat 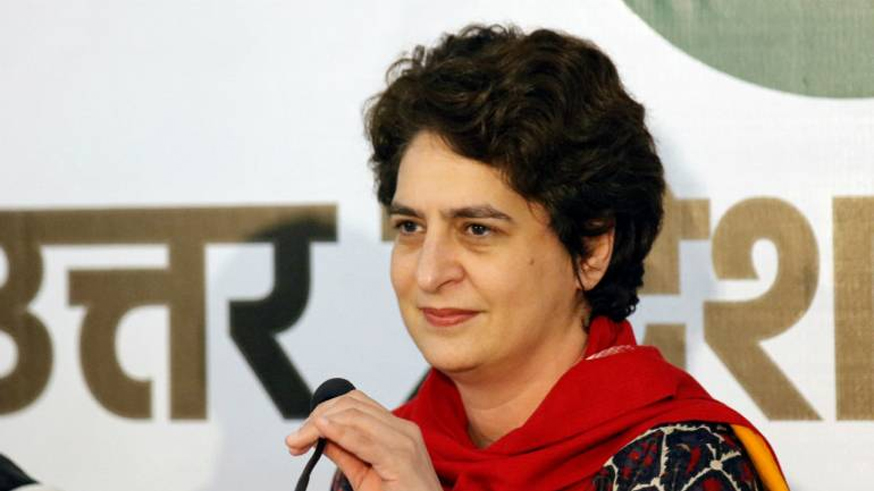 In a stinging comment on UP Chief Minister Yogi Adityanath, Congress leader Priyanka Gandhi Vadra said he wears saffron but he needs to follow dharma that saffron represents.

The first two names that Priyanka Gandhi took were Anas and Suleman. She gave details of who they were and how they died – all based on families’ versions. In naming these two, Priyanka Gandhi signaled shedding the reluctance that the Congress seemed to have adopted under her brother Rahul Gandhi.

With an aggressive emergence of the BJP on the national scene in 2014 on the plank of Hindutva mixed with an aspiration of development, the Congress under Rahul Gandhi appeared turning defensive.

Rahul Gandhi assiduously tried to establish his Hindu credentials with temple hopping in almost every election. In proving himself and his family devout worshippers of Lord Shiva, Rahul Gandhi significantly distanced himself and his Congress party from secularism as well as the Muslims, the biggest minority community.

The move did not pay any dividend for the Congress, right from Gujarat Assembly election through Karnataka polls to the Lok Sabha election this year. The Congress’s victories in Rajasthan, Madhya Pradesh and Chhattisgarh were credited to anti-incumbency rather than the Hindu tinge of Rahul Gandhi’s politics.

In between, Rahul Gandhi was consistently criticised for missing the opportunities offered by the BJP to corner it over. He was even found lacking documentary proof for his allegations – the Rafale deal episode is an example.

In taking on the Yogi Adityanath government, Priyanka Gandhi seems to have ticked the right boxes. She first gathered information, as she said in Monday’s press conference, met with the families and people affected by the alleged excesses in police crackdown on anti-CAA protesters.

Warning the protesters resorting to violence, the chief minister was earlier quoted as saying, “We will take badla (revenge) from them.” Priyanka Gandhi said this was probably the first time that a chief minister spoke about taking revenge on the public.

Referring to saffron wear of Yogi Adityanath, Priyanka Gandhi said, “Saffron doesn’t belong to you. This saffron belongs to religious and spiritual tradition of India. It is a symbol of Hindu dharma. Follow this dharma.”

Interestingly, belying anticipation, Priyanka Gandhi refused to entertain question on reported breach of her security and her own complaint that some police personnel tried to grab her by the neck a couple of days ago in Uttar Pradesh. “It is not that significant,” she told reporters in Lucknow.

Priyanka Gandhi’s sit-in at India Gate in New Delhi the day after police action inside Jamia Milia Islamia University was the first signal that she was in the process of rebranding secularism for the Congress. The anti-CAA protests from the Congress has mostly been a Priyanka Gandhi show with Rahul Gandhi apparently taken a back seat.

The Congress boasted of its secular credentials for long and kept winning mandate for power at the Centre. The question is this: Can Priyanka Gandhi stick to rebranded secularism and keep hitting the streets with the poise of a full-time politician?