You are here
Home > DAILY BAWAL > Rafale superior to Chinese J-20, A comparison of the two fighter jets 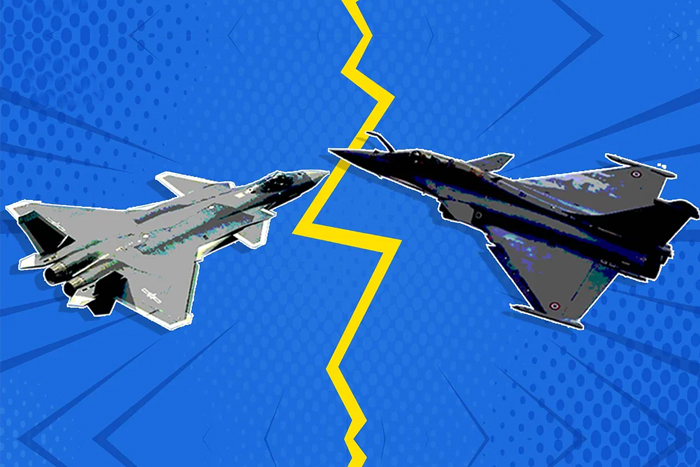 Rafale superior to Chinese J-20, A comparison of the two fighter jets

Even though Rafale is a 4.5 generation aircraft and China claims that its J-20 is a 5th generation, the Rafale has enough capabilities to counter the Chinese premier aircraft, say experts.

The first batch of five Rafale jets took off from France on Monday starting its journey home. The jets are expected to be operationally ready when it lands in Ambala, a new home for the fighter aircraft, on July 29 amidst the ongoing tussle between India and China.

The Indian Air Force (IAF) has made it clear that the pilots, ground crew and the fighter will be operationally ready as the jets reach India.

Even though Rafale is a 4.5 generation aircraft and China claims that its J-20 is a 5th generation, the Rafale has enough capabilities to counter the Chinese premier aircraft, say experts.

“Rafale is far superior to the J-20, the Chengdu fighter of China. Even though it’s believed to be a 5th generation fighter, it is probably at best a 3.5 generation aircraft. It’s got a third generation engine as we have in the Sukhoi,” said Air Marshal R Nambiar (retd) who flight tested the Rafale fighter jets for India.

The stealth characteristics of the J-20 are also under suspicion, say experts based on several analysis done by the Indian Air Force. The J-20 was hyped to be a highly stealthy aircraft and that it could conceal itself in operations and not be easily detected.

Experts say if the J-20 was the best, why would the Chinese go for the Russian Su35. But the Russian jets too might not be able to compete with the Rafale.

“Su35 is also no match to the Rafale with its weapons, superior sensors and fully integrated architecture. The capability to super cruise even with four missiles, stealth characteristics all put together make the Rafale far more potent than Su35,” Nambiar added.

The J-20 uses the same engine as Su30. But the Rafale engine is better in terms of reliability, longevity and maintainability.

“It can lift load up to 1.5 times its weight, which means it can carry weapons and fuel much more capacity than the J-20,” said an IAF official.

The biggest difference is that Rafale is an omni-role aircraft. It can carry out at least four missions in one sortie while the J-20 cannot carry out multiple missions is one go.

The Rafale is battle hardened and has been used in Afghanistan, Libya and Syria while the J-20 has not been part of any action. Also, the meteor missile in Rafale makes it far more potent than the J-20 or the Su30.

Other than the HAMMER, which is a last minute addition, the fighter jet is armed with potent meteor and scalp missiles that will enhance air strike capabilities and air dominance of the Indian Air Force.

Rafale will also have the MICA missiles that can be used both for visual and beyond range air-to-air interception and air-to-ground strikes.