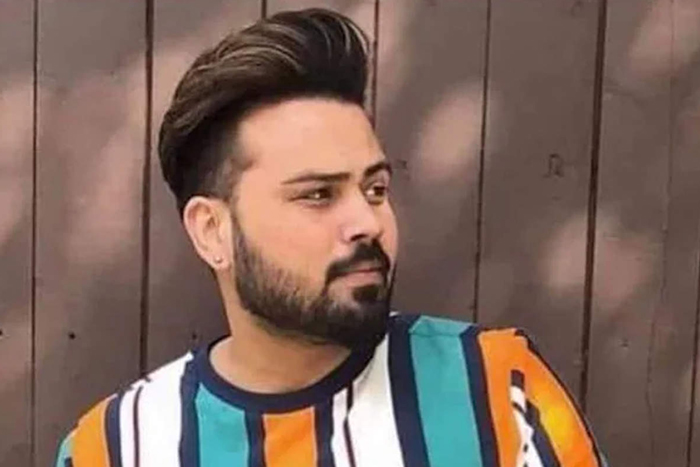 Diljaan was a popular Punjabi singer. He was one of the contestants on the television show Sur Kshetra (2012), where singers from India and Pakistan competed for the title. The singer received much acclaim for his performances and later sang many Punjabi songs. He also sang many devotional songs. He also participated in Awaaz Punjab Di.

Diljaan, who was a popular Punjabi singer, died in a car accident on Tuesday morning. The singer was the first runner-up on the singing reality show Sur Kshetra in 2012.

Punjabi singer Diljaan (31) died in a road accident in Jandiala Guru near Amritsar on Tuesday morning (March 30). The singer was on his way to Kartarpur from Amritsar when his vehicle met with an accident. He died on the spot. Diljaan was a resident of Kartarpur. According to news reports, his vehicle collided with a truck parked on roadside. He was rushed to a nearby private hospital where doctors declared him brought dead. Diljaan’s wife and children are in Canada.

Diljaan’s car collided with a truck parked on the roadside on Amritsar-Jalandhar GT Road when he was travelling alone to his hometown Kartarpur from Amritsar. The Punjabi singer died on the spot. The police is investigating the reason behind the accident. The dead body of the singer has been sent for postmortem. Many reports claim that Diljaan’s car was in high speed when it collided with the divider and overturned.

HOW DID PUNJABI MUSIC INDUSTRY REACT TO DILJAAN’S DEATH?

The Punjabi music industry is mourning the sudden demise of Diljaan. Many prominent people from the industry took to social media to pay him tribute. See below some of the social media posts by Punjabi singers and musicians.