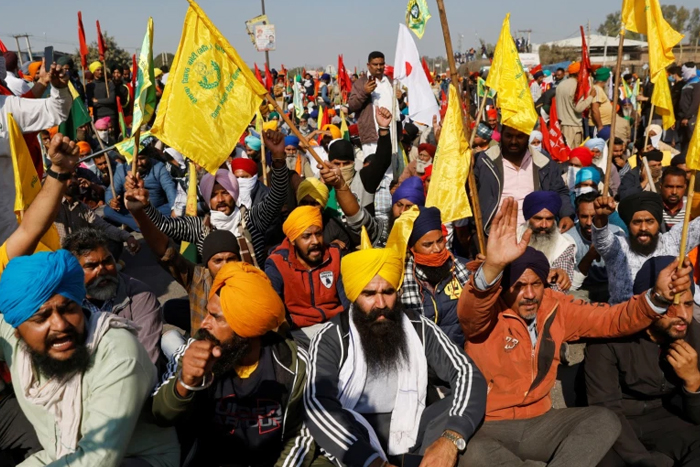 More than 20 protesters have died since the agitation began in November-end, farmer groups claim. Many are believed to have suffered because of the rising winter chill and a cold wave in north India.

A farmer from Punjab protesting near the Delhi-Haryana border died early this morning, allegedly because of the bitter cold. The 37-year-old man, a father of three, was found dead at a site where thousands of farmers have been protesting for 22 days against central farm laws.

The farmer had three children of ages 10, 12 and 14, according to reports that suggested he died of the freezing cold.

Reports of the death emerged hours after a Sikh priest died by suicide near the epicenter of the protests at the Delhi-Haryana border. Baba Ram Singh, a priest from a Gurdwara in Haryana, had strongly supported the protests and left a note saying he was “angry and pained” at the government’s injustice.

More than 20 protesters have died since the agitation began in November-end, farmer groups claim. Many are believed to have suffered because of the rising winter chill and a cold wave sweeping north India.

Several volunteers have been visiting the farmers, who have occupied various points on highways near Delhi, with blankets and heaters. Protesters are also seen lighting fires to keep warm, determined to stay for the long haul.

“We are fighting the cold weather and we will keep fighting the cold, till our demands are met. We will not budge even if it rains,” a farmer said this morning at the main protest site at Singhu border, where protesters sat in the open amid biting winds.

Temperatures have dipped to around five degrees or less in Delhi and its neighborhood over the past few days. Day temperatures have also dropped more than four degrees below normal.

“We do not feel the cold. We will stay here until our demands are met,” said a group of farmers. The farmers have been protesting since November-end against three new laws that they fear will drastically cut their earnings from crops, taking away the safety of a guaranteed minimum prices, and enable corporate to manipulate the market.

The Supreme Court, hearing various petitions, yesterday told the government that its negotiations with the farmers had not worked and a solution must be found before it became a national issue. The court suggested a panel including representatives from the government and farmers.