You are here
Home > DAILY BAWAL > In UP, farmers get notice of Rs 50 lakh for protests, police say will revise sum 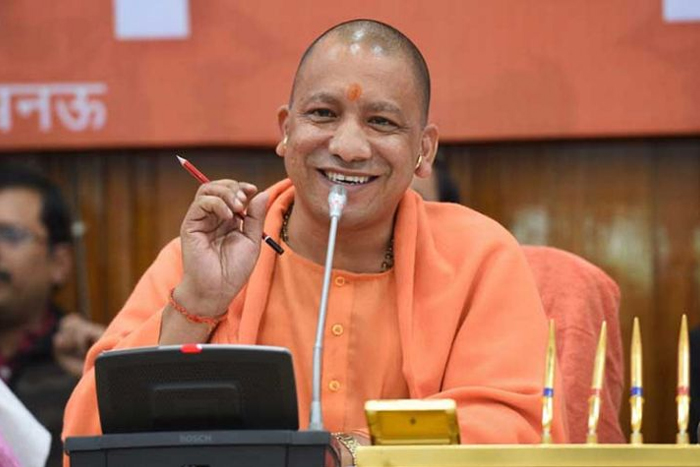 In UP, farmers get notice of Rs 50 lakh for protests, police say will revise sum

The farm leaders, hailing mostly from the Chandausi and Singhpur areas, have been calling for protests since November 26. On the first day of the protest, nearly 400 people had gathered at a chowk in Sambhal.

Days after notices were sent by the Sub-Divisional Magistrate in UP’s Sambhal asking farm leaders to submit personal bonds of Rs 50 lakh each to prevent them from “inciting” farmers to join the protests against the Centre’s new laws, police Thursday claimed the amount was “a clerical error” and will be reduced. But leaders said the notice itself is a means to “throttle democratic protest”.

The notices for Rs 50 lakh each were sent to six leaders in Sambhal, mainly office-bearers of Bhartiya Kisan Union.

Similar notices seeking bonds of Rs 5 lakh each were sent to six others. They were issued on December 12 and 13 under section 111 of the CrPC, which authorises the magistrate to send a show-cause notice under a bond.

“I have spoken to the SDM and there will be fresh notices following the error,” Sambhal SP Chakresh Mishra told Us. “The SDM is currently on leave and once he comes back we will look to issue a bond of Rs 50,000 since the earlier one was a clerical error,” said Arun Kumar Singh, Circle Officer, Sambhal.

But the farm leaders said they “would rather be in jail than give in to these tactics”.

“They decided on a random number as long as it could deter us from protesting. It’s a non-violent protest. Why is the administration so afraid of farmers protesting? They have mentioned Rs 50 lakh as if we are terrorists. They know that we do not have that kind of money,” said Rajpal Singh Yadav, district president of BKU (Asli), who is among the six who have been served notices seeking Rs 50 lakh in personal bond.

The farm leaders, hailing mostly from the Chandausi and Singhpur areas, have been calling for protests since November 26. On the first day of the protest, nearly 400 people had gathered at a chowk in Sambhal. Since then, the leaders said, police have made several attempts to ensure that the protests do not take place.

“Before the notices, the police have been making rounds of our villages to keep a track of our movements. Whenever we called for a gherao or a demonstration, the police would come to our houses to arrest us. We managed to go to Delhi on November 28, for a day. We sometimes leave our house before the police come and even sleep in the fields to wake up and protest the following day,” said Sanjeev Gandhi of BKU (Asli), who was also served with the notice.

According to the leaders, some farmers were also taken into preventive custody for a day prior to a protest.

“Protests are taking place in the entire country but nowhere will you hear that the administration is threatening them with Rs 50 lakh. This is sheer harassment,” said Rajveer Singh of Rashtriya Kisan Mazdoor Sangharsh, who was served with the notice.

The notice issued by Sambhal SDM Deependra Yadav stated: “In the context of what is happening in Delhi and other farmer agitations, six persons are going village to village and inciting the farmers with false information, which can lead to the breakdown of peace in the region. We are satisfied with the report of the local police station in this regard. It is hereby directed to furnish a reason as to why the farmers should not be providing a guarantee of worth Rs 50 lakh and a bail amount of the same money to maintain peace for one year.”