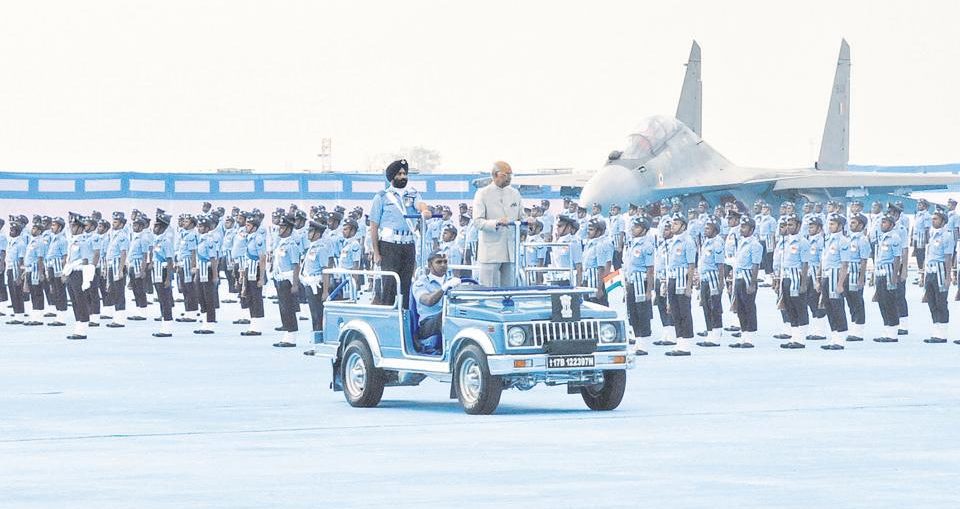 The Air Warrior Drill team that boasts of their unique synchronised drill movements with rifles, carrying live bayonets, is first of its kind among the military and para military forces of the country.

The air might of the IAF was also displayed in an aerial display as the Surya Kiran Aerobatic team performed their jaw-dropping stunts.