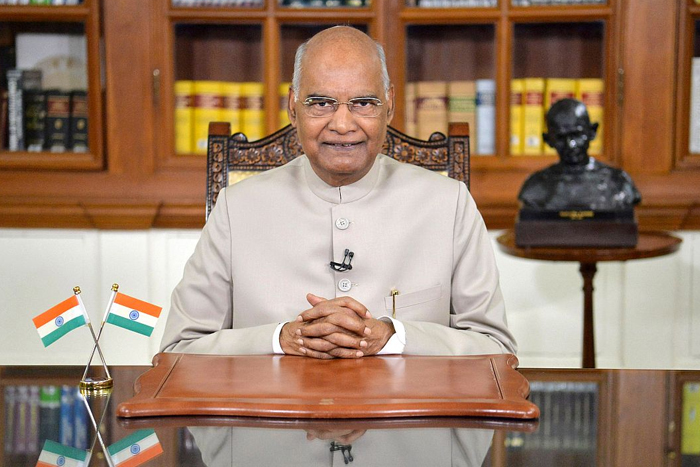 President Ram Nath Kovind is scheduled to meet some dignitaries and attend a high-tea with the Chief Justice of Allahabad high court Justice Sanjay Yadav and senior judges.

President Ram Nath Kovind, who is currently on Uttar Pradesh visit, will arrive in Lucknow by the presidential train on Monday (June 28, 2021) morning. The President will arrive in the state capital for a two-day visit and will return to Delhi on a plane from Lucknow airport the next day.

During his stay at Raj Bhavan, President Kovind is scheduled to meet some dignitaries and attend a high-tea with the Chief Justice of Allahabad high court Justice Sanjay Yadav and senior judges in the evening.

Later, the next day, President Kovind will be laying the foundation stone of the Bharat Ratna Dr Ambedkar Cultural Centre at an event at Lok Bhavan on Tuesday.

The President had boarded the special train from New Delhi’s Safdarjung railway station on June 25 for his visit to Kanpur and Kanpur Dehat. Earlier, on Sunday, President Kovind visited his native village Paraunkh and in a heart-warming and emotional gesture, bowed and touched the ground to pay obeisance to the land of his birth.

“I had never imagined even in my dreams that an ordinary boy like me from the village would get the privilege of discharging the responsibilities of the highest office of the country. But our democratic system has shown this by doing it,” he had said during his visit to Paraunkh village.

Meanwhile, ahead of President Ram Nath Kovind’s two-day visit to the state capital, the Lucknow Police has launched helpline numbers for traffic movement. The decision was taken after an incident from Kanpur came to light, where a woman lost her life after her car got stuck in traffic owing to security arrangements ahead of President Kovind’s visit to the city.