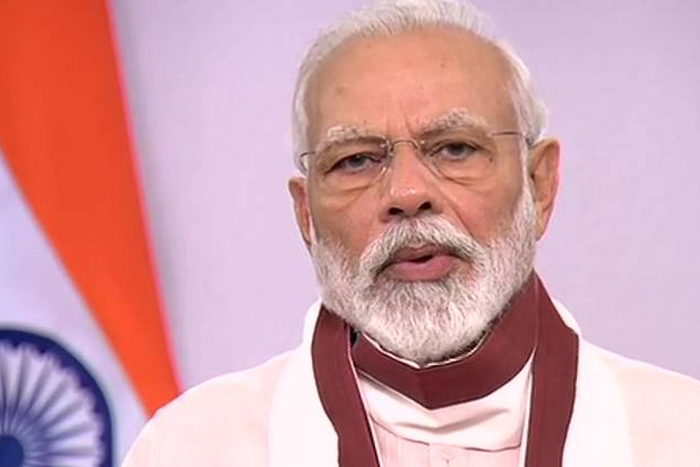 The PM has a second chance to fulfil the promise to move India from the limited goal of poverty alleviation, to a grander goal of real prosperity.

An important anniversary went unnoticed last week. I would have missed it myself if I had not spotted on Twitter a black and white photograph of Dr Manmohan Singh making that Budget speech in 1991 that began the end of the Licence Raj. And, saved India from becoming an economic basket case. Above the picture were these words from his speech. “After four decades of planning for industrialization, we have now reached a stage of development where we should welcome, rather than fear, foreign investment.”

It was a seminal moment in India’s economic history. Especially, for people like me who believe that India would have been a rich country if we had not adopted an economic model that gave officialdom draconian powers to crush private enterprise. I remember well what a dismal place India was in the Seventies when I became a journalist. Everything was in short supply and the goods we produced were so shoddy that nobody wanted them. The whole country had a shabby, decaying quality about it, as if it had emerged from long years of war. Almost everyone was poor or almost poor. But, we were isolated from the big changes and events of the world, so we did not know that in the east, small countries that had once been behind us had streaked ahead. Or that China had dumped Marxist economics for free markets and foreign investment.

By the time wise old P V Narasimha Rao realised that it was time for India to start catching up, we had been left far behind by most Southeast Asian countries. But, that one Budget brought such dramatic economic change that by the end of the Nineties, India, where the only jobs available once were those bestowed by the government, was creating millions of jobs in the private sector. Today, more than 45% of our population is middle class. We would today be progressing faster still if Narendra Modi had lived up to his promise of taking India in a new economic direction. It is our tragedy that he got scared into returning to the Nehruvian socialist path by Rahul Gandhi’s foolish taunt about ‘suit-boot ki sarkar’.

Since the pandemic, Modi seems to have rediscovered that he needs to make an economic course correction. So last week he urged foreign investors to come and invest in India. ‘There has never been a better time to invest in India,’ he said. He then boasted of how many reforms his government had made to make it easier to do business. He sounded as if he meant what he said and this worried me because it made me realise that he has not noticed that since he became Prime Minister an inspector raj has been unleashed that would drive away the most intrepid investors. The government’s own Invest India arm has identified 767 pre-operation licences that an investor is obliged to get from 35 ministries before starting a business.

The Prime Minister has chosen to work in a cocoon since he first took the job six years ago. So, those people have been kept at a distance who could tell him how often and how recklessly his officials make regulations that make it harder and not easier to do business. Those who would be able to tell him how many fine Indian companies face bankruptcy, only because his government refuses to honour its contracts, are kept even further away. Since the pandemic, the walls of Modi’s cocoon have been fortified so he works in a chamber that totally insulates him from reality.

The biggest political problem Modi is likely to face in the near future is the economy, so it is time that he started listening to those who can really tell him how difficult it remains to do business in India. It is not just big investors who are hounded at every step by inspectors and regulators, even modest investors find it hard to grow their businesses in today’s India. So, it is no surprise that the economy has not seen the boom that everyone thought would happen, just like that one that we saw in the Nineties. All that has been achieved in the past six years is that the socialist welfare State has worked more efficiently and with less corruption. This is why Modi won a second term.

The Chinese virus and international disenchantment with China offer Modi a second chance to change course, and make the administrative changes that are necessary if India is to move from poverty to prosperity. He could begin by asking his office to find out which inspectors and regulations can be thrown forthwith into the nearest garbage bin. And, once this is done, he should step out of his cocoon and start listening to those who are already doing business in India and try and understand what it is that prevents them from doing it more easily.

What we need today more than ever is another moment like the one that came in this week 30 years ago when one Budget changed Indian economic and political history. On a personal note may I reiterate that I became a Modi ‘bhakt’ mostly because I believed he knew that for India to move from the limited goal of poverty alleviation, to a grander goal of real prosperity, we would have to change our economic direction. He has a second chance to fulfil this promise.

Centre proposes to suspend farm laws for 1.5 years, next meeting on January 22

India to export COVID-19 vaccines to these countries from today

Case Against Makers Of Amazon Prime’s Tandav In UP, Warning Of Arrests