You are here
Home > DAILY BAWAL > Plan Was To Ask SRK Manager For 25 Crores, Settle At 18, Alleges Witness 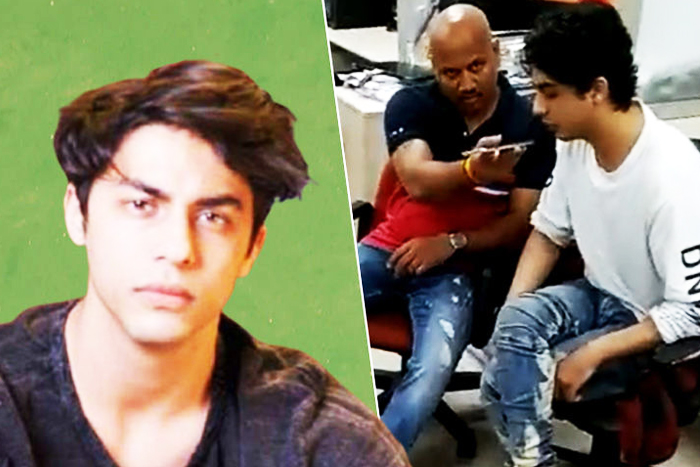 Plan Was To Ask SRK Manager For 25 Crores, Settle At 18, Alleges Witness

Prabhakar Sail alleged that NCB officials, including Sameer Wankhede, asked him to sign blank papers and that he had no idea that he is a witness.

A witness in the drugs-on-cruise case against Shah Rukh Khan’s son Aryan Khan and others has alleged that Kiran Gosavi, the private investigator whose selfie with Aryan Khan threw up questions, had planned to demand ₹ 25 crore from the superstar’s manager to settle the case.

Prabhakar Sail, a witness in the Narcotics Control Bureau (NCB) case who claims to be Mr Gosavi’s bodyguard, also claimed his life is in danger.

Mr Gosavi, he claimed, had planned to ask for ₹ 25 crore from SRK’s manager Pooja Dadlani and settle on 18 crore, of which 8 crore was to be paid to Sameer Wankhede, the NCB’s zonal director who has come under fire after the allegations of pay-off surfaced.

Mr Sail also alleged that NCB officials, including Mr Wankhede, asked him to sign blank papers in the early hours of October 3, after NCB had raided the cruise ship and detained Aryan Khan and others.

“I had no idea that I am a witness. I entered the NCB office only after I was called in and asked to sign papers. When I objected to signing blank papers, Sameer Wankhede told me to sign and said nothing would happen. Kiran Gosavi also asked me to sign. There were so many officials, how could I have argued?” Mr Sail told.

Mr Sail said he was made to sign on at least nine blank pages and that the official who took his signature also took his Aadhaar card’s soft copy.

He added that he saw Aryan Khan only after he had signed the papers. “Aryan Khan was kept separate from other accused. I made the video in which Gosavi can be seen sitting next to Aryan. This is inside the NCB office,” he said.

Mr Sail has alleged that Mr Gosavi, one Sam D’Souza and Shah Rukh Khan’s manager Pooja Dadlani had a meeting inside a car to iron out the “deal”.Ads by

“I knew Pooja Dadlani as she is famous. I also googled her name after I saw her,” he said.

Mr Sail has alleged that he had overheard Mr Gosavi talking over the phone, apparently to D’Souza. “I heard the name of SRK. Gosavi said, ‘We should ask SRK manager to give 25 crore, settle at 18, give 8 to Sameer Wankhede and divide the rest'”.

Mr Sail further said he was asked to collect 50 lakh from the Mahalakshmi area on October 3, the day after the NCB raided the cruise ship. On reaching there, two men handed him a bag and Mr Gosavi and his wife left after he gave them the bag. “Gosavi didn’t even pay me my salary. He had given me a cheque to pay my children’s fees, but it bounced,” he said.

Mr Sail said he last met Mr Gosavi on October 7. He added that Mr Gosavi called him on October 21 and told him that he will surrender soon.

Mr Sail said that before the cruise ship party, Mr Gosavi had given him several pictures and asked to keep an eye on the people.

Responding to Mr Gosavi denying the allegations against him, Mr Sail said he has more evidence which he will present soon.

He said he is now scared for his safety. “My life is in danger. Police have come to my home 8-9 times. I am the first witness, the second is on the run and third is a BJP worker. I am honest and no one is supporting me. That’s why I have sought protection.”