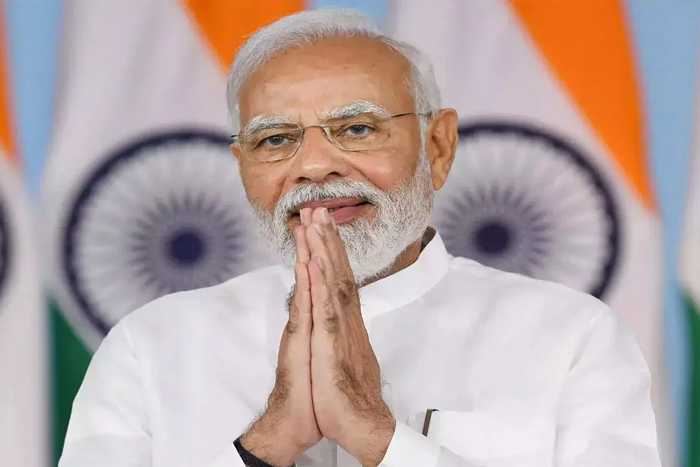 NEW DELHI: A day after his return from Samarkand after attending the SCO summit, Prime Minister Narendra Modi will have a busy day on his 72nd birthday on Saturday as he will attend four important events.

First he will address the nation on the historic occasion of cheetahs coming to India. Then he will speak at the women self help groups conference in Madhya Pradesh. The next engagement, an address to students at the first ever convocation ceremony of students from ITIs on the occasion of Vishwakarma Jayanti, will also mark the elevation of the god of worksmiths, ranked below many others in the Hindu pantheon, to a new pedestal.

The event will also mark a rare recognition of the students of ITIs, situated low in the food chain of technical education, who would listen to the address that coincides with Prime Minister’s emphasis on skilling and upskilling of the workforce.

He will round off his public engagements with the launch of the National Logistics Policy.

PM Modi will be physically present when the cheetahs being brought from Namibia are reintroduced at Kuno national park in MP. The animals are being brought to the country from Namibia through a specially chartered cargo plane Boeing 747, which will land in India on Saturday morning.

Cheetah Project chief and member secretary National Tiger Conservation Authority (NTCA) S P Yadav said the PM will release two cheetahs from enclosure number one and after that about 70 metres away, from second enclosure, the PM will release another cheetah. The remaining cheetahs will be released in their respective quarantine areas made for them.

In 2014 after becoming the PM, Modi had arrived in Ahmedabad to meet his mother Heeraba to commemorate his 64th birthday. He had hosted a special dinner for Chinese President Xi Jinping in his home state.