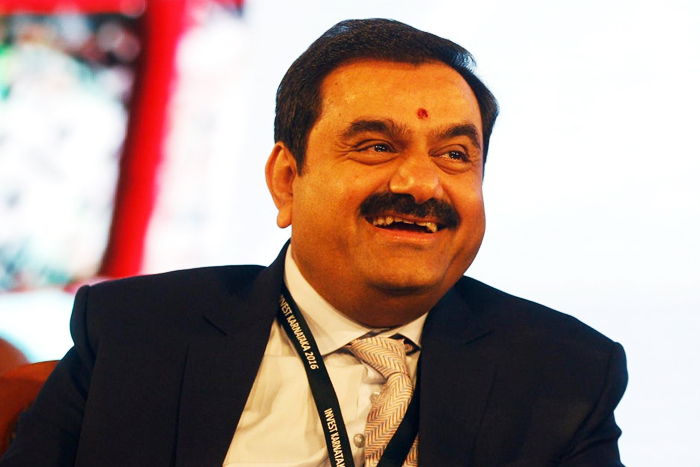 The Adani group of firms’ overall market capitalisation on the BSE at over ₹ 22 lakh crore makes it the most valued in India, overtaking the Tata-led conglomerate.

Mukesh Ambani’s group of nine companies stood third on the list with a market capitalisation of more than ₹ 17 lakh crore.

That reflects a broader run-up in Adani stock, which pushed Gautam Adani to become the third richest in the world on the Forbes list of billionaires, overtaking Amazon founder Jeff Bezos, and behind Elon Musk and Louis Vitton’s Bernard Arnault.

That is largely driven by the wealth erosion of American billionaires from the recent market crash on expectations for a very aggressive Federal Reserve after a red-hot inflation reading.

Still, Elon Musk remains the richest person, with a net worth of $273.5 billion.

Gautam Adani’s rise in wealth is also more a measure of a jump in the valuation of stocks rather than the result of a rise in fundamentals, such as earnings and growth, with many of the entities’ shares controlled by him rising sharply.

Still, Gautam Adani’s ascent, by about any measure, has been nothing short of remarkable.

The market valuation of the Adani Group of firms is more spread across entities, while one or two large entities form the majority of Tatas and Reliance’s market cap.

The Adani Group, which consists of seven publicly listed companies in the infrastructure, mining, energy, and other industries, is led by Mr Adani, a first-generation entrepreneur.

A rapid diversification spree has pushed his vast, largely fossil-fuel driven conglomerate into a raft of new sectors in and outside of India, and Mr Adani is seeking to reinvent himself for the global stage.

Adani group became the second-largest cement maker in the country after completing its acquisition of Ambuja Cements and ACC on Friday. The group had no cement-making operations previously but had said the firms were a good fit given its ports and logistics, energy and real estate businesses.

Adani Group has big intentions to expand its green hydrogen and airport operations and enter the telecom industry. It has also pledged to invest $70 billion in infrastructure for renewable energy.

A separate report showed Adani Wilmar is scouting for local and overseas acquisition targets as Asia’s richest man doubles down on boosting his empire’s food operations.