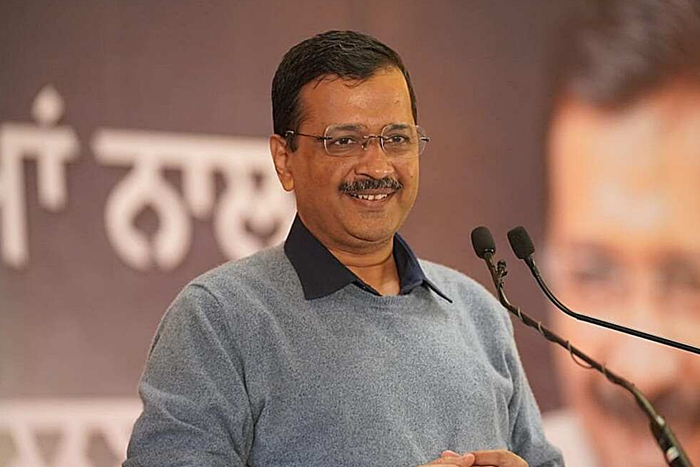 Omicron: Delhi is actually one of the two regions in India which are contributing the highest number of cases of the new, highly contagious strain.

The nationwide alert over Omicron and the approaching holiday season has left multiple states and Union territories, reporting a particularly recent surge in coronavirus disease (Covid-19) cases, concerned over the appropriate measures that need to be taken in order to cut the spread of the virus. The case positivity rate in national capital Delhi has once again started to rise and in view of this, chief minister Arvind Kejriwal will be conducting an important review meeting on Thursday to assess the preparedness and management of the highly infectious new variant of the SARS-CoV-2 variant, which is said to be capable of undergoing frequent mutations.

Delhi on Wednesday recorded as many as 125 new Covid-19 cases in the span of the past 24 hours, the highest single-day increase since June 22, a time when the city was reeling under the repercussions of the second wave of the pandemic. The current case positivity rate in Delhi stands at 0.20 per cent, according to data shared by the health department. There have, however, been zero deaths due to the viral infection in this while, data showed.

In December so far, Delhi has recorded four deaths due to the coronavirus infection; seven such deaths were reported in November, four in October, and five in September.

As far as the Omicron situation is concerned, Delhi is actually one of the two regions in India which are contributing the highest number of cases of the new, highly contagious strain. According to the latest health ministry bulletin, both Delhi and Maharashtra have each logged 54 Omicron cases, followed closely by Telangana (20), Karnataka (19), Rajasthan (18), Kerala (15), and Gujarat (14).

The total number of Omicron cases in India has crossed 200, as per the bulletin issued by the Union ministry of health and family affairs.

Delhi chief minister Kejriwal had earlier this week said that all samples that test positive for Covid-19 will now be sent for genome sequencing. The decision was taken at a meeting of the Delhi Disaster Management Authority (DDMA), during which the Omicron situation – including its possible effects and steps to deal with it – was discussed, according to the chief minister.

Kejriwal also said the home isolation system will be strengthened in Delhi as according to experts the Omicron variant only causes mild symptoms. He said the government has made adequate arrangements for hospital beds, oxygen, medicines, and everything else that may be needed to combat the virus.