You are here
Home > DAILY BAWAL > “Not Resolved”: Biden On Talks With India Over Russia-Ukraine Conflict 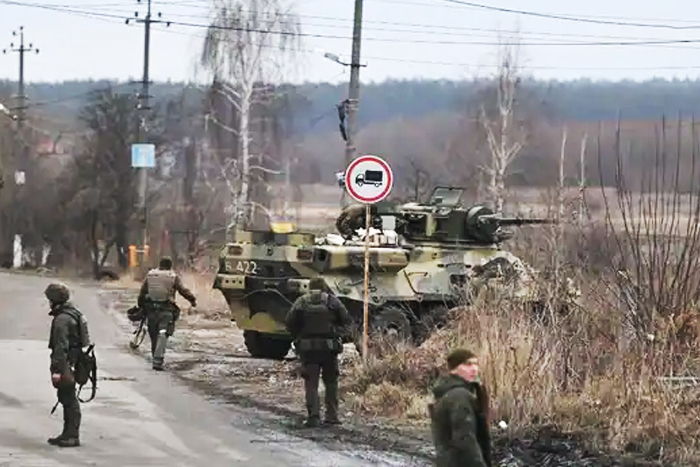 “Not Resolved”: Biden On Talks With India Over Russia-Ukraine Conflict

It is believed that the Biden administration at various levels have reached out to their Indian counterparts seeking full support from it on the Ukrainian crisis.

President Joe Biden on Thursday said that the United States will have consultations with India on the crisis in Ukraine following a military operation from Russia.

He was responding to a question if India was fully on board with the United States on the Russian aggression.

It is understood that India and the US are not on the same page on the Ukrainian crisis.

India has a historic and time-tested friendship with Russia. At the same time, its strategic partnership with the US has grown at an unprecedented pace over the last decade and half.

It is believed that the Biden administration at various levels, ranging from the White House, the State Department and its National Security Council have reached out to their Indian counterparts at multiple levels seeking full support from it on the Ukrainian crisis.

During a background briefing with reporters a senior administration official deflected questions related to India’s stand on the Ukrainian crisis at the UN Security Council.

However, behind the scene, US officials have expressed their displeasure with their Indian counterparts at the latest Indian position. India, under Prime Minister Narendra Modi, has maintained its own strategic independence.

Earlier in the day, PM Modi spoke on telephone today with Russian President Vladimir Putin, during which he reiterated India’s long-standing conviction that the differences between Russia and the NATO group can only be resolved through honest and sincere dialogue.

The prime minister appealed for an immediate cessation of violence and called for concerted efforts from all sides to return to the path of diplomatic negotiations and dialogue, according to a readout issued by the Ministry of External Affairs.

President Putin announced in a televised address on Thursday morning that in response to a request by the head of the Donbas republic, he had made a decision to carry out a special military operation in order to protect people “who have been suffering from abuse and genocide by the Kyiv regime for eight years.” Putin has said that Moscow had no plans of occupying Ukrainian territories.

Russia’s Defence Ministry reported that Russian troops were destroying Ukrainian military infrastructure using precision weapons. The US has already announced a series of sanctions on Russia to prevent it from accessing Western financial markets.