You are here
Home > Political Bawaal > No role for third parties in Kashmir, India reiterates 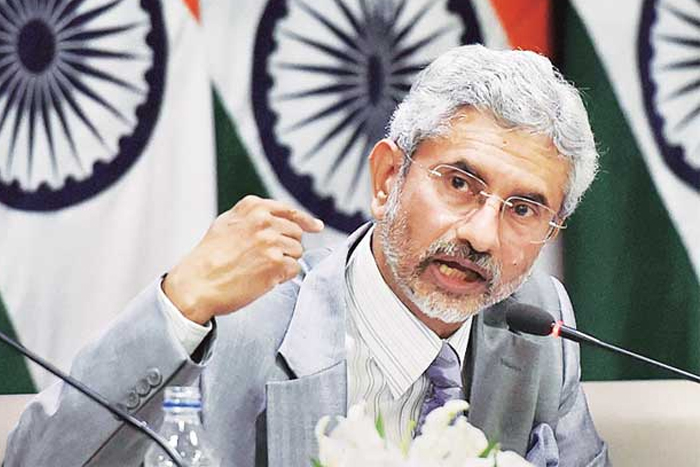 No role for third parties in Kashmir, India reiterates

The external affairs ministry was responding to remarks by Pakistan foreign minister Bilawal Bhutto Zardari and his German counterpart Annalena Baerbock at a joint news conference in Berlin on Friday.

India on Saturday rejected a call by the foreign ministers of Pakistan and Germany for involving the United Nations to resolve the Kashmir issue and said the focus should instead be on tackling Pakistan-based terrorists that have targeted Jammu and Kashmir for long.

The Indian side’s response also pushed back against Baerbock’s contention that Germany “has a role and responsibility with regard to the situation of Kashmir”. India has maintained that Kashmir is a bilateral issue with Pakistan, and there is no role for any third party.

“All serious and conscientious members of the global community have a role and responsibility to call out international terrorism, especially of a cross-border nature,” external affairs ministry spokesperson Arindam Bagchi said in response to the comments regarding J&K by the foreign ministers of Germany and Pakistan.

“The Indian union territory of Jammu and Kashmir has borne the brunt of such a terrorist campaign for decades. This continues till now…,” he said.

“The UN Security Council and FATF [Financial Action Task Force] are still pursuing Pakistan-based terrorists involved in the horrific 26/11 attacks,” Bagchi said, referring to the terror attacks carried out in Mumbai by a team of Lashkar-e-Taiba (LeT) terrorists from Pakistan. “When states do not recognise such dangers, either because of self-interest or indifference, they undermine the cause of peace, not promote it. They also do grave injustice to the victims of terrorism,” he added.

Bhutto Zardari said Pakistan continued to raise the Kashmir issue, especially after the events of August 2019 – when India scrapped the special status of Jammu and Kashmir – and that international law should apply everywhere.

“We hope to see the day that the UN plays an appropriate role to bring this long-standing dispute to a conclusion so we can not only have peace within our region, but we can enhance areas of cooperation,” he added.