You are here
Home > DAILY BAWAL > Muslim dairy owner beaten up, house set on fire in Jharkhand on suspicion of cow slaughter 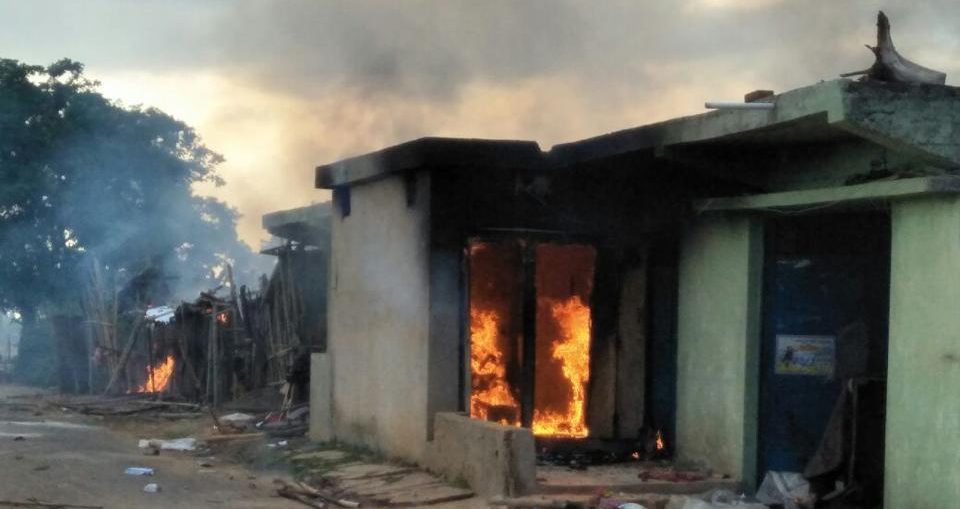 The incident is the latest in a string of attacks, largely against Muslim and Dalits, reported from across the country in the name of cow protection.

When police reached the village, the crowd had surrounded the house. The mob clashed the police team and set the house on fire.

A Muslim dairy owner was critically wounded and his house set on fire by a mob in a Jharkhand village after a headless carcass of a cow was found near his home, police said.

Thirty police personnel were injured as a frenzied crowd of around 1,000, including some self-appointed cow protectors, laid siege to 55-year-old Usman Ansari house in Giridih district’s Bariabad on Tuesday afternoon.

“Police had to resort to lathi-charge and air firing to quell the mob so that the victim and his family could be saved,” Giridih superintendent of police Akhilesh B Variar said on Wednesday, adding around 25 people were detained.

Ansari was being treated in a hospital and his family moved to a safer location under police protection.

The incident is the latest in a string of attacks, largely against Muslim and Dalits, reported from across the country in the name of cow protection.

A Haryana teenager was lynched allegedly by his co-passengers in a train on June 22 after an argument. The crowd allegedly called him and his two brothers, who were injured, as beef-eaters.

The Centre has restricted cattle trade and several BJP-ruled states have come up with stringent punishment for smuggling or slaughtering cows, considered holy by Hindus.

The opposition and right activists have accused the BJP of pursuing the Hindutva agenda of its ideological parent the Rashtriya Swayamsevak Singh and targeting Muslims and Dalits through its cattle-trade rules.