You are here
Home > DAILY BAWAL > Lockdown in Delhi? CM Kejriwal to address media amid rising cases of Covid-19 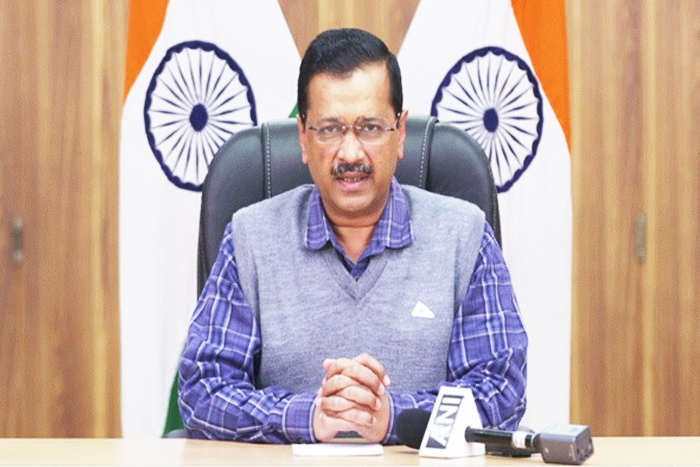 Lockdown in Delhi? CM Kejriwal to address media amid rising cases of Covid-19

Delhi Chief Minister Arvind Kejriwal will address the media today on the COVID19 situation in the city, as reported by news agency ANI.

The address by Delhi’s CM comes a day after Delhi’s daily COVID-19 case count breaches 2000-mark after seven months and recorded a massive surge in daily COVID-19 infections with 2,716 fresh cases on Saturday, the highest since May 21 and a 51 percent jump from a day earlier, while the positivity rate rose to 3.64 percent.

While the emergence of the new Omicron variant has sparked fears of a third wave, there has been a constant surge in the COVID-19 tally in the national capital which recorded 7,865 cases in the last seven days.

Delhi CM Arvind Kejriwal to address the media today on the COVID19 situation in the city.

The city on Saturday recorded 351 cases of Omicron. There were only 142 cases of the new variant of COVID-19 on Monday.

Out of 2,716 fresh infections recorded on Saturday, south Delhi has registered the maximum number of cases at 372, followed by west district (356), northwest (323), southeast (314) and Central Delhi (278). The city also recorded one death.

Earlier The Delhi Disaster Management Authority (DDMA) on 29 December decided that Covid-related restrictions imposed in Delhi under the ”yellow alert” would continue for the time being and authorities would monitor the situation for a while before deciding on fresh curbs.

“We have put the restrictions in place. In other states, only night curfew has been imposed. But in Delhi, we have shut down schools, multiplexes, etc. In April and May when the second (Covid) wave had hit Delhi, a large chunk of people were getting admitted. But currently the hospitalizations are less. Further restrictions will be reviewed,” Jain said.

On Tuesday, the DDMA had declared the “yellow alert” under the Graded Response Action Plan (GRAP) in the city amid a spike in cases following the emergence of the Omicron variant.

The alert entails restrictions like night curfew, closure of schools and colleges, opening of shops selling non-essential items on an odd-even basis and halved seating capacity in Metro trains and buses, among other things.

The GRAP is based on positivity rate (on two consecutive days), cumulative number of new cases (over a week) and average oxygenated-bed occupancy (for a week) for designated four levels of alerts.

After the “yellow alert”, further restrictions are imposed at advanced stages of “amber”, “orange” and “red” with a higher number of new cases and hospitalization’s.