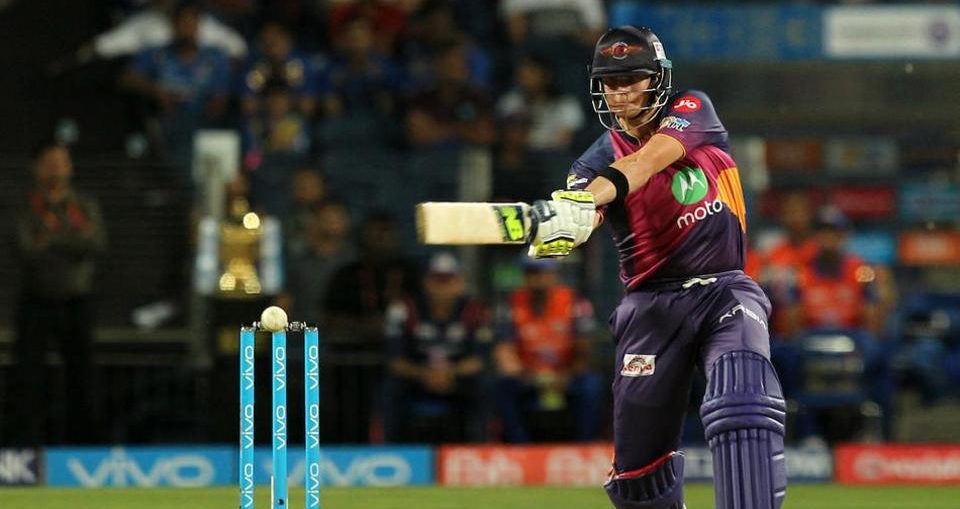 Mumbai Indians’ luck with the Indian Premier League opening clash did not change as they slumped to their fifth straight loss in the IPL-10 clash as Rising Pune Supergiants won by 7 wickets on Thursday. (SCORECARD | HIGHLIGHTS)

Rising Pune Supergiants skipper Steve Smith slammed a half-century on his captaincy debut while his teammate Ajinkya Rahane scored 60 as the hosts chased down MI’s 184 for eight with one ball to spare. (IPL 2017 COVERAGE)

The MCA Stadium is soon becoming a happy hunting ground for Steve Smith. The RPS skipper continued with his good form into the IPL as well with a composed 54-ball unbeaten 84 (7x4s, 3x6s).

Smith had scored a brilliant century on a tricky Pune pitch during the first Test win over India last month. He did not take unnecessary risks, but ensured to give as much strike as possible to Rahane. With 13 required off the final over, Smith slammed two consecutive sixes to midwicket to finish in style.

Ajinkya Rahane gave just the kind of start to Pune, striking the ball with ease. After losing opener Mayank Agarwal early on, Rahane and captain Steven Smith put on 58 runs for the second wicket to put Pune in a good position.